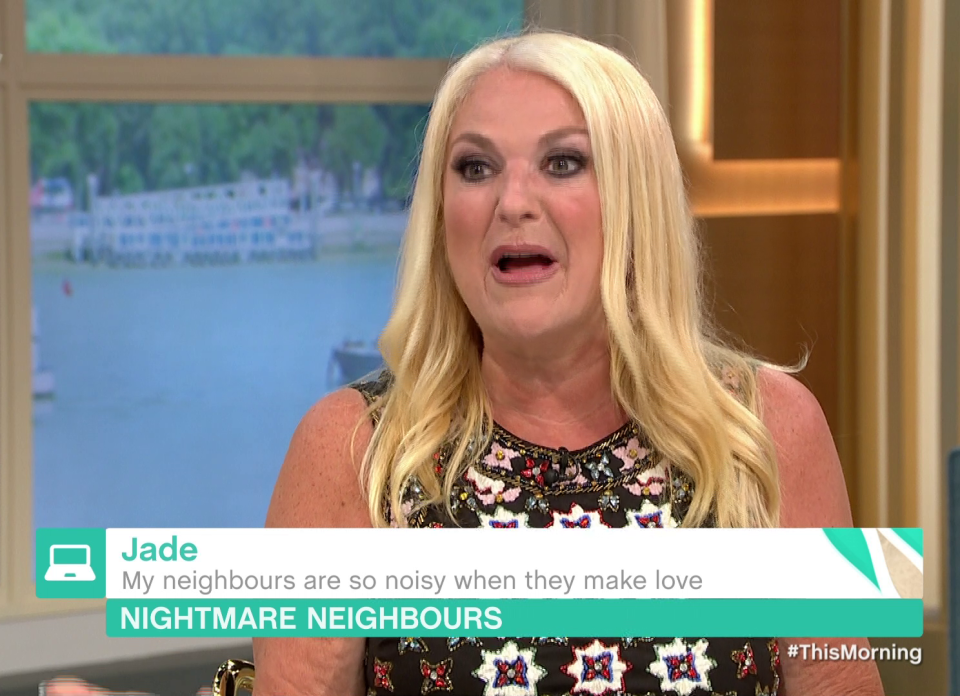 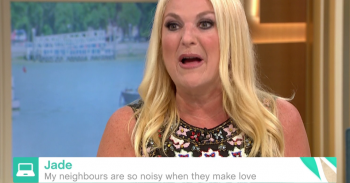 Would she take her own advice, though?

Vanessa Feltz has been heavily criticised by This Morning fans after giving “rubbish” advice during her agony aunt segment today.

In fact, some fans even accused the TV personality of having “no clue how to answer the problems” and also of being “the last person you would want to take advice from”.

The criticisms came after she appeared on the morning show on Thursday  (April 25) giving advice to troubled viewers.

A fed-up This Morning fan contacted Vanessa complaining that their “nightmare neighbours” were having very loud sex.

Holly read out the message, saying: “My new neighbours are really loud when making love.

“It’s awful. We hear them downstairs in the front room. We don’t want our 15-year-old hearing her. What do you think you can do?”

She said: “I know! Set up a competition. As soon as you hear them doing it, tell your 15-year-old to go out and start doing what they’re doing, but louder. See how they like it!”

Vanessa, 57, also faked an orgasm live on air – much to Phil and Holly’s mock horror.

But fans didn’t find the segment quite so amusing.

Are you neighbours being unreasonable? Phone Vanessa #ThisMorning

Does Vanessa ever take a breath ffs #Thismorning

Oh my days, Phil and Holly. Just watched the glib attempt for Vanessa to appease those that have real neighbour nuisance issues. It was appalling. Some suggestions appear to be made with little concept and or empathy. Love you guys but that segment was not well thought out.

And that was it from Vanessa… "just get on with them, you live next door!" cheers Vanny! See ya next week! #ThisMorning

Another said: “Ring the council, not Vanessa.”

A third moaned: “Vanessa has no clue to the answer to most of these problems #ThisMorning.”

“Oh my days, Phil and Holly,” typed another. “Just watched the glib attempt for Vanessa to appease those that have real neighbour nuisance issues. It was appalling.

“Some suggestions appear to be made with little concept and or empathy. Love you guys but that segment was not well thought out.”

Over on Facebook, one critic wrote: “Agony Aunt? You’re having a laugh. She’s the last person you would take advice from.”

Another said: “The reason why I can’t watch This Morning. No thanks.”

One more said: “Wouldn’t take advice off her if she was the last human on the planet.”

Are you a fan of Vanessa Feltz’s advice? Leave us a comment on our Facebook page @EntertainmentDailyFix and let us know what you think!