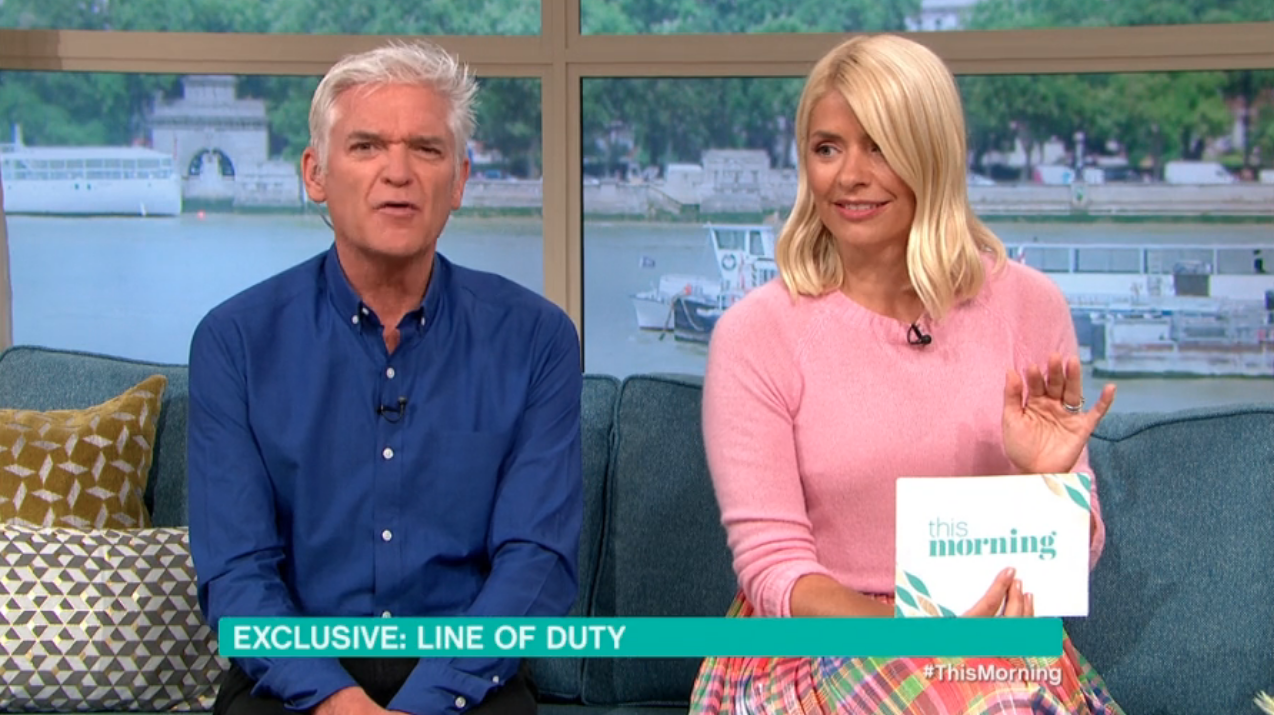 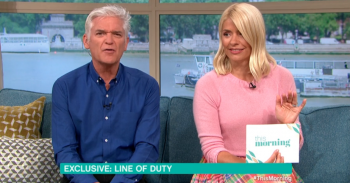 Phillip Schofield unrepentant after Line of Duty ‘spoilers’ on This Morning

TV host didn't have any time for people moaning about spoilers

Presenter Phillip Schofield has little very sympathy for anyone that doesn’t keep up to date with the most talked about shows on TV, it seems.

The telly host, 57, shrugged off worries that viewers may have the most recent episode of Line of Duty spoiled for them during an appearance from cast member Rochenda Sandall on This Morning earlier today.

Actress Rochenda, who plays Lisa McQueen in the BBC police thriller series, was on hand to pay tribute to a fellow cast member whose character was killed off during last Sunday’s episode.

Phil’s co-host Holly Willoughby expressed concern before the segment featuring Rochenda that not everyone watching at home may have caught up with the shocking events involving AC-12 investigators and the criminals they are hunting down.

“I’m up-to-date but there will be many people watching this who aren’t up-to-date so we probably need to be a little bit careful. Don’t we?” Holly pondered, tentatively.

But an unimpressed Phil could not be less bothered about skirting around the dramatic events that first aired over the weekend in order to maintain the surprise for those that hadn’t prioritised their Line of Duty viewing.

“It’s tough, you should have watched it by now,” he declared as showbiz reporter Kem Cetinay introduced the actress’ video message.

However, with Twitter reactions about the segment mostly focusing on Kem’s suitability as a presenter, it looks as if This Morning has got away with not upsetting fans.

Rochenda said: “I just wanted to say it was an absolute pleasure to be part of an iconic television moment on Sunday and it was amazing to get to work with Stephen Graham and the whole crew at Line of Duty.

“It was really hard to keep everything a secret as you can imagine but now I get to come and talk to you guys about it which I’m really looking forward to.”

He said: “I know for sure Anna Maxwell is going to join the cast on Sunday and I think this is a very important signing.”