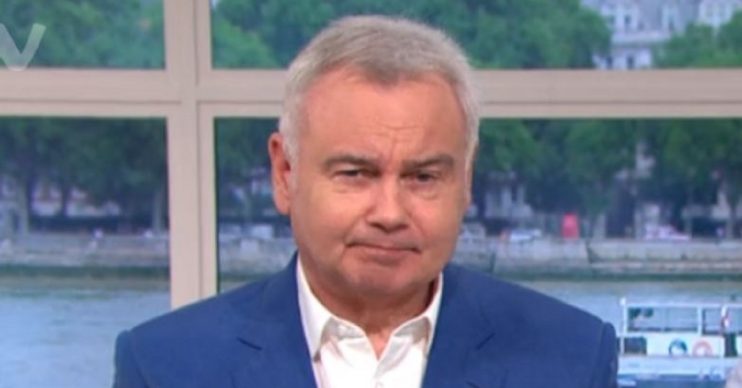 This Morning: Eamonn Holmes reveals show ‘will soon be filmed from home’

At Home with the Holmes?

Daytime TV favourite Eamonn Holmes has said that This Morning could soon be filmed from home as Britain continues to fight the coronavirus pandemic.

Eamonn has been filling in for regulars Holly Willoughby and Phillip Schofield this week alongside wife and co-host Ruth Langsford, as they enjoy Easter breaks with their families.

Despite the COVID-19 crisis, This Morning has continued to film from the ITV studios – albeit with a reduced team and visible social distancing measures on set.

But on today’s (Thursday, April 16) episode, Eamonn told viewers they could soon film the programme from the stars’ own homes.

Eamonn and Ruth were speaking via video link with comedian Joel Dommett about his new show.

He is presenting the programme, Home Alone with Joel Dommett, from the comfort of his pad in South West London. It starts this Saturday (April 18) at 10pm on ITV2,

Eamonn told him: “I reckon not too long from now, Ruth and I will be at home presenting This Morning. That’s the way it will be.

“Everyone’s programmes will be done from home. I think you’re ahead of the curve.”

Joel then joked they could call him ‘Eamonn’s Homes’.

Not too long from now, Ruth and I will be at home presenting This Morning.

In the same conversation, Eamonn appeared to take a dig at his wife, Ruth, for not taking his surname.

In reply to what Joel said, Ruth suggested: “At Home with the Holmes’. Everyone’s been asking about it.”

Tiff about his surname

“Now you’re trying to hijack my name. Funny you didn’t take it at [our] wedding.”

Read more: This Morning’s Ruth Langsford and Eamonn Holmes argue over his eating habits in lockdown

Ruth clapped back, laughing: “Well, you can’t be at home without me.”

Eamonn then joked: “Suddenly, Langsford doesn’t really tie in there. You made the choice. Too late now.”