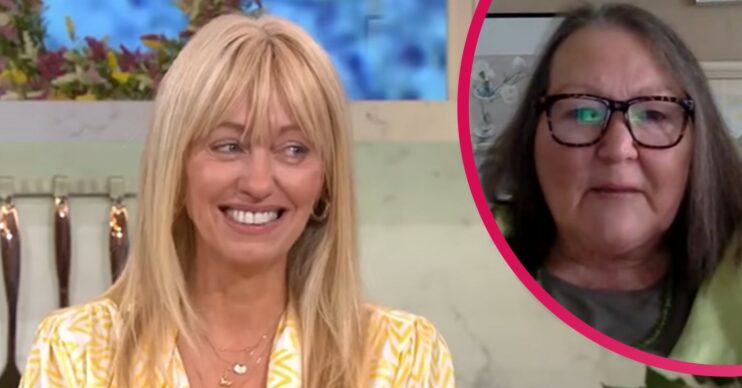 Will Clodagh be getting her dancing shoes ready?!

This Morning favourite Clodagh McKenna appeared to drop a hint that she’s signing up for Strictly Come Dancing this year.

If you didn’t know, Jemima makes predictions by using asparagus.

Clodagh McKenna on This Morning today

She asked: “Am I going to be asked to be on Strictly Come Dancing?”

Jemima then threw the asparagus and they fell into an arrangement.

However, it wasn’t great news for Clodagh as Jemima told her “not at the moment”.

But viewers watching were convinced Clodagh was dropping a hint that she’ll be signing up for the 2022 series of the BBC dance show.

One person said: “Is that your subtle hint then Clodagh at Strictly producers?”

Another wrote: “Assume Clodagh has been invited on to strictly and that was her way of dropping a hint.”

A third added: “Get ready to see Clodagh on Strictly this year then.”

Meanwhile, during the discussion, Alison was keen to ask Jemima to cast a prediction.

She asked: “Am I going to get married in the next five years?”

After throwing the asparagus, Jemima exclaimed: “Oh look at that, kisses everywhere!”

Alison was over the moon as she screamed: “Yeahhh,” as she pumped her fists in the air.

Viewers felt amused by the moment as one said: “Alison cracks me up.”

Another speculated: “Is Alison getting married? Quite a few hints on this morning’s show!”

Read more: Where are Phillip Schofield and Holly Willoughby on This Morning? Duo replaced today

However, a third tweeted: “Omg! Can’t believe they had this item again, it’s all nonsense.”

Do you want to see Clodagh on Strictly this year? Leave us a comment on our Facebook page @EntertainmentDailyFix and let us know.