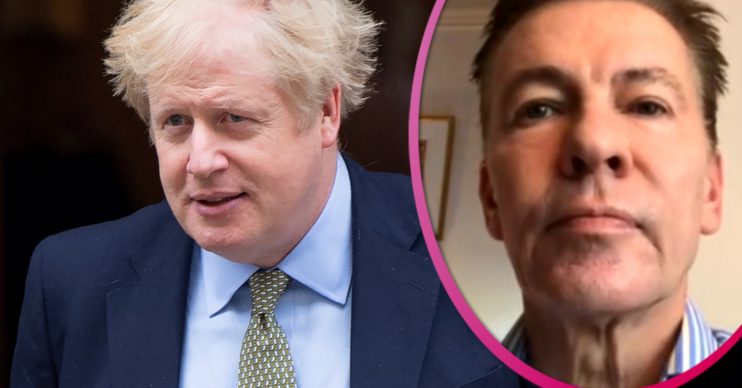 The Prime Minister was moved to intensive care on Monday

A This Morning guest has said Boris Johnson is “paying the price” for not following his GP’s advice to rest after contracting coronavirus.

On Monday evening (April 6), the Prime Minister was moved to intensive care after being admitted to hospital with ongoing symptoms.

However, journalist Andrew Pierce appeared on Tuesday’s This Morning and said Boris should have stayed in bed and rested.

He said: “He’s a dad. He’s got a partner who’s heavily pregnant and will be absolutely worried sick.

“Like all Prime Minsiters, he wants to lead from the front and by example. He’s ordering us to stay at home.

“He’s defied his own medical advice because if he had done what he was told by his GPs he would have stayed in bed 12 or 14 hours a day.

“Instead he’s pushed his body again and again and he’s now paying a price.

“But he’s got a Cabinet of men and women very capable who can run the show.”

Andrew continued: “The people who are running the show anyway are the medical experts.

“When I got this virus, I went down with it on a Sunday and by the Monday or Tuesday I felt like I had been beaten up.

“The only way I got through it was taking to my bed and sleeping. I didn’t eat for two days, I just drank water.

“You feel like somebody has trodden all over your body.

“I couldn’t have even lifted my pen, let alone making life or death decisions like what the prime minister and his team are doing right now.”

‘Boris should have listened to his GP’

In addition, he said: “I think if Boris would had listened to the GPs and gone to bed, he might not be in intensive care now.

“But I understand why he soldiered on.

“I suspect the price he’s paid is where he is now. We’re all wishing him recovery.”

Meanwhile, a No. 10 spokesman said: “The condition of the Prime Minister has worsened. On the advice of his medical team, he has been moved to the Intensive Care Unit at the hospital.

“The PM has asked Foreign Secretary Dominic Raab, who is the First Secretary of State, to deputise for him where necessary.”

In conclusion, the statement said: “The PM is receiving excellent care, and thanks all NHS staff for their hard work and dedication.”