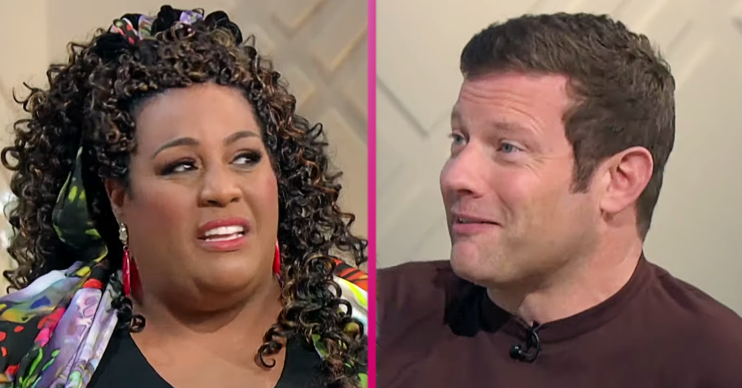 This Morning: Alison Hammond and Dermot O’Leary say it took months to ‘get comfortable’ with each other

They love each other really!

This Morning hosts Alison Hammond and Dermot O’Leary say that it took months to get used to each other.

Furthermore, the presenters also revealed each had “quirks” which the other didn’t initially like.

What did Alison and Dermot say about This Morning?

The Friday presenting pair were celebrating six months together on the ITV magazine show.

However, appearing on Lorraine today (Friday May 28), they said that it hasn’t all been plain sailing.

“We were literally thrown together on a Friday… a bit like an arranged marriage,” Alison told host Lorraine Kelly.

Read more: This Morning: Josie Gibson falls into a lake live on air

“It took, I think, two months before we became comfortable [with each other].”

“100 per cent,” Dermot agreed. “When you’re co-presenting, it takes a while to get those little nuances and the little beats.

Honesty is the key

Alison then explained that honesty was the key to the success of their on-screen relationship.

And, furthermore, she said that there were things they didn’t like about each other early on.

She admitted: “We told each what we didn’t like. We were so honest, weren’t we… I think that’s why it works really.

“We had a few private chats where [we said], ‘I don’t like this about you or when you do this…’. They’re really tiny, small things.

They now love their quirks

“But the fact we were able to be honest with each other, I think that’s why it’s worked. I trust you now.”

She added that the things she didn’t like at the beginning, now she loves.

And Dermot says he’s now able to talk to Alison in the same way he talks to his wife.