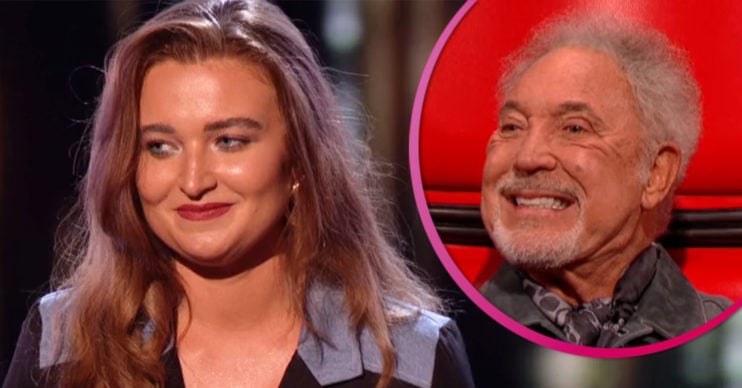 The Voice contestant Laura Sidney wowed viewers with her audition last night however, the coaches didn’t turn around for her.

However, judges Will.i.am, Tom Jones, Olly Murs and Anne-Marie seemed unconvinced and chose not to recruit the 25-year-old to their teams.

The reaction left viewers seething, and many took to social media to vent their frustration.

What song did Laura Sidney perform on The Voice?

Laura had explained in her VT that she’d grown up wishing she could sing “like a Disney princess”.

And although she confessed to being “absolutely terrified” before taking to the stage, she appeared to nail her big moment in the spotlight.

The Welsh songstress performed an emotional rendition of With One Look from the hit musical Sunset Boulevard.

Unfortunately for her, none of the four judges’ seats turned during her act.

Explaining his decision, Tom Jones said that he “wouldn’t really know what to do” with Laura if she were on his team – though he did say he “liked the tone of her voice”.

Will.i.am commented: “Having turned for a musical theatre singer in the past, it’s hard to switch lane.”

What did Laura Sidney say about The Voice judges’ decision?

Olly added: “Those are the auditions I just wish we could turn and say hello – that was pretty epic.”

And Anne-Marie admitted: “I’m sure that was amazing to watch.”

Read more: The Voice star Benjamin has viewers convinced he will win after sensational performance

Understandably, the snub left Laura feeling down in the dumps.

Before leaving the stage, she said: “I just feel devastated at this point because I gave it my all. It just wasn’t meant to be today.”

And she wasn’t the only one who was distraught – plenty of viewers were upset too.

One tweeted: “This is why I hate #thevoiceuk. The girl was brilliant and no one turned.”

Another snapped: “That is disgraceful, that lady had possibly the best voice ever on this show, no one turned FFS! #thevoiceuk.”

A third viewer added: Thinking maybe @RealSirTomJones @ollymurs @iamwill and Anne-Marie are watching this back saying what were we thinking of not turning for Laura Sidney! She was amazing – what a voice!”