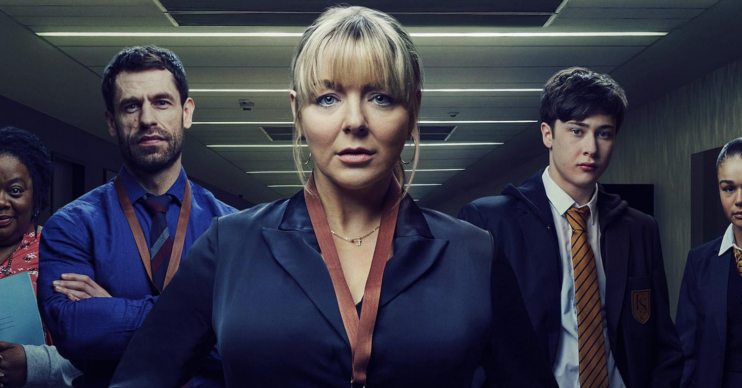 The Teacher reviews: What the critics are saying about the Sheridan Smith drama

Episode one has got everyone talking

Reviews of The Teacher are in after the Sheridan Smith thriller began on Channel 5 last night (Monday, January 31).

It tells the story of a teacher accused of having sexual shenanigans with a pupil.

So what did the critics think?

The Teacher reviews: What did the critics say?

Things got off to a good start with a four-star review in The Independent.

Sean O’Grady says: “From watching the first episode, I sort of feel I know what’s going to happen, which is that Jenna will go through an appalling ordeal that will almost break her, but that she will ultimately be vindicated.

Read more: The Teacher viewers all have same complaint about Sheridan Smith’s character

“That’s not to say that I wouldn’t want to see that, because there’s no one better than Smith at knocking out such a performance, her tears flowing into her sauvignon blanc like a salty spritzer.

The Teacher review: What else did the critics say?

Next, Anita Singh also gave it a solid review in The Telegraph.

She says: “The script is by-numbers and doesn’t really merit four episodes (going out over four nights this week) but Smith goes at it with conviction.

“I’m not quite sure where this drama is going, though, because the question seems to be whether Jenna is guilty.”

Of Sheridan’s performance, she says: “Smith brings a likeability to all of her characters, without hiding their flaws.”

He says: “Sheridan is never better than when playing complicated, flawed women with hearts of gold.

“She is relishing this role, making us believe that Miss is a dedicated and talented teacher with a gift for bringing literature alive.”

However, he urges caution going forward.

“You wouldn’t want her in charge of a pet shop, never mind a school room.

“Sheridan is treading a dangerous line. One wobble too far and she’ll lose our sympathy. It’ll take a masterclass to keep us on her side.”

However, the Radio Times was less enthused.

“The Teacher is first and foremost a mystery thriller that is less concerned with unpacking that subject matter, and more focused on keeping viewers on their toes,” it says.

“But while we’ve come to expect that from Line of Duty, for example, which encourages audience speculation and seeks to yank the rug out from under you, it feels misplaced here given the themes that are being explored.

As for Sheridan’s performance, there is praise there.

“[Sheridan] is well cast as Jenna and does her best with the material she’s been dealt, convincing both in the lighter moments and those in which the titular educator is spiralling emotionally.

“But she’s undoubtedly worked with stronger scripts during her career and even she struggles to lift some of the dialogue, which is saying something.”