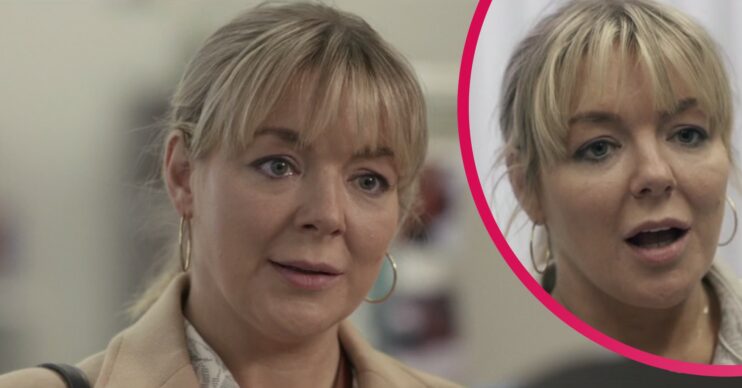 Sheridan Smith starred in her new drama, The Teacher, last night but some viewers had some complaints.

The show’s first episode aired on Channel 5 last night, and viewers were divided, to say the least.

What is Sheridan Smith’s new show, The Teacher, about?

Sheridan‘s new drama, The Teacher, tells the story of popular teacher Jenna Garvey, who is accused of sleeping with one of her pupils.

Jenna is a teacher at a Bradford Comprehensive with a messy private life. She is a heavy-drinker who is prone to having blackouts and waking up with unfamiliar men in her bed.

Things take a turn in the worst way possible when Jenna is accused of sleeping with a 15-year-old pupil on a night out.

Over the course of the four episodes, Jenna must prove her innocence, whilst also working out what actually happened on that fateful night – all while facing the very real possibility of losing her job and prison time.

Last night’s episode kicked things off. The hour-long episode saw viewers meet Jenna for the first time, as well as the moment she was accused of sleeping with Kyle.

Viewers won’t have to wait long to find out what happens, as the show is airing daily on Channel 5.

What did viewers say about Sheridan Smith’s show, The Teacher?

Despite the show going down a treat with many, us included, some viewers were less than impressed with what they watched.

Many viewers’ issue with The Teacher was how “unrealistic” it is! Some found it difficult to believe that a teacher would be out clubbing on a weeknight.

“In reality, she would be lesson planning and marking every night, not going out drinking!” one viewer said.

“Just watching The Teacher. No English teacher I know would be clubbing during the week, they would be doing their marking,” another said.

“Half an hour into #TheTeacher and it’s honestly so ridiculous. Going clubbing by yourself? Speaking to your colleague like that? Turning up to your teaching job in last night’s clothes? No one does that,” a third wrote.

What else was said?

But the “unrealistic” complaints didn’t end there though. Many found the way Sheridan’s character dressed and behaved was less than believable too.

At one point during the show, Jenna rocked up to work wearing last night’s clothes, including a short skirt and sunglasses.

“This is stupid. What kind of teacher would be permitted to dress like this at a school?” one amused viewer wrote.

“A teacher just wouldn’t be allowed to wear such a short skirt. More importantly, a good teacher wouldn’t want to,” another said.

“Never seen a teacher wear such a short skirt at work,” a third said.

Read more: The Teacher on C5: Who plays Kyle in drama? How old is actor Samuel Bottomley

However, it wasn’t all bad news for Sheridan and The Teacher. Elsewhere, plenty were enjoying the show. They praised the 40-year-old for her performance.

“Is there anything Sheridan Smith cannot turn her hand to? Top class!” one viewer said.

“Love Sheridan Smith; such an authentic actor. You live and breathe her roles with her,” another said. “I’m stressed already and I’m only 10 mins in.”

The Teacher continues tonight at 9pm on Channel 5 and My5.

What did you think of Sheridan Smith’s new drama, The Teacher? Leave us a comment on our Facebook page @EntertainmentDailyFix and let us know!