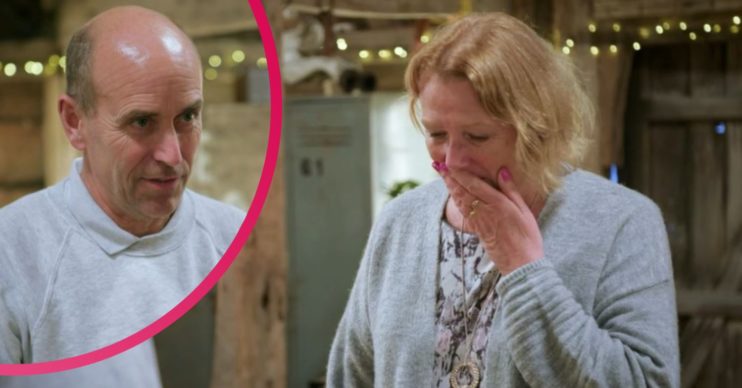 The Repair Shop has viewers in bits last night as a woman on the BBC programme said the purse she had them restore reconnected her with her late mum.

During Wednesday (July 22) evening’s episode, viewers met June, from Sheffield, who was on to have a silver purse repaired.

What happened with the purse on The Repair Shop?

She explained how it had belonged to her mother, who died when June was just 22. As she never had the chance to do much for her mum, she felt that having the purse restored was a way of giving back.

June said on the programme: “It belonged to my mother… the mother I remember was always very happy, smiling. I was only 22 when she died. We’d just got to the stage where we were friends, not just mother and daughter.

“After mum died, dad gave me everything of mother’s. He couldn’t bare to look at anything [of hers].

This has brought her back into my life again.

When June saw the work the team had done on the purse, she fought back tears as she whispered: “That is beautiful.”

She continued: “My dad couldn’t talk about her and other than one friend, I’ve had no one to speak to about her. So now this has brought her back into my life again. She would just love it.”

Those watching at home were in pieces over June’s story and the beautiful silver purse.

“My eyes are leaking,” admitted one on Twitter. “The purse… damn you! #therepairshop.”

Another tweeted: “Dayyyumm, the woman with the purse has got me. #therepairshop.”

My eyes are leaking… The purse… Damn you! #therepairshop

Someone else wrote tearfully: “June will be #chuffedtobits with her silver purse #therepairshop.”

A fifth viewer said: “How the specialists don’t lose it when people pick up their priceless family heirlooms and get emotional is beyond me. I would embarrass myself so much by blubbing non-stop #therepairshop.”

How the specialists don’t lose it when people pick up their priceless family heirlooms & get emotional is beyond me. I would embarass myself so much by blubbing non-stop 😭 #therepairshop

What did you think of last night’s episode of The Repair Shop? Leave us a comment on our Facebook page @EntertainmentDailyFix and let us know.