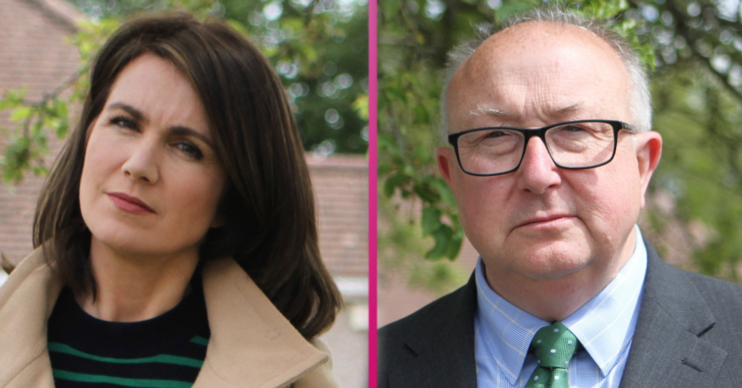 He was eventually caught thanks to Colin;s investigation

And during tonight’s show, Colin teared up as she speaks movingly about one particular victim.

The Real Manhunt on ITV

GMB star Susanna Reid sits down with Colin and other members of the Operation Minstead team to tell the full story of an investigation that spanned 15 years.

During his reign of terror, the so-called Night Stalker burgled and sexually assaulted hundreds of women.

Read more: Manhunt: The Night Stalker on ITV1: Where is Delroy Grant’s wife now and did she stick by him?

Sickeningly, they were all older and at their most vulnerable.

One of them, in particular, causes Colin – who became SIO on the case – to tear up as he recounts a meeting with the elderly lady after she had been attacked.

Cynthia Stephens was 93-years-old when she was attacked in 2009.

“The first victim I met was 93-years-old,” Colin tells Susanna.

“Her husband had been dead for some 25 years and she had mobility problems. She had lost the sight in one of her eyes.

“She extended her hand… but she wasn’t shaking hands with me, she was pulling me down closer to her.

“And she whispered, ‘he interfered with me, you know’.”

Sadly, Cynthia was so traumatised by the attack she gave up eating.

Colin had to speak with Cynthia’s daughter, and told her that the Night Stalker had “killed her as if he had stabbed her or shot her”.

Read more: Manhunt The Night Stalker: Will there be a third series – which other high profile cases did Colin Sutton work on?

The retired cop then becomes emotional, and tears up onscreen.

“I really felt anger,” he says. “I relly felt hate for him at that point.”