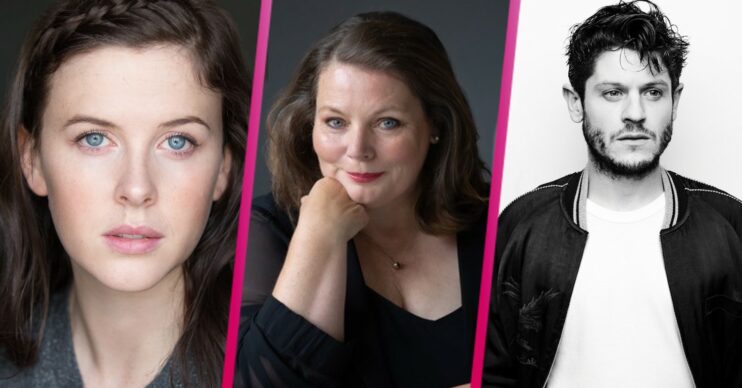 The Larkins star Joanna Scanlan has been cast in a brand new psychological thriller called The Light in the Hall.

The series – also known by its Welsh name Y Golau – has been commissioned by Welsh public broadcaster S4C.

Like hit drama Keeping Faith before it, the upcoming series will be filmed in both the English language and Welsh.

Here’s everything you need to know about The Light in the Hall.

Read more: The Larkins star Joanna Scanlan’s breakdown and the ‘unconventional’ doctor’s advice that saved her

The Light in the Hall on S4C and Channel 4 – what’s it about?

The Light in the Hall is an original drama which introduces us to the character of Cat Donato.

Cat is a journalist who has always been obsessed by the historic murder of Ela Roberts.

Not just because the murdered girl was from the same town as Cat.

However, prior to her murder, Ela had been ostracised over a silly teenage squabble – a fact that Cat has tried her best to forget.

While gardener Joe Pritchard is currently in jail for the crime, he has not revealed the location of the body…

Something that means Ela’s mum Sharon cannot properly grieve for her daughter.

When news of Joe’s parole hearing circulates, the prospect of his release causes both Cat and Sharon to confront the past and the part they played in Ela’s final days.

For Cat it’s a chance to write the true events surrounding the murder.

And for Sharon, it’s a chance to confront the man who killed her child.

With so many questions unanswered, Joe’s return to the community could be a way to get to the bottom of the mystery once and for all.

But did he REALLY kill Ela? And if so, where did he bury the body?

The Light in the Hall will be six episodes.

Each episode will be an hour long.

The Light in the Hall cast – who stars in upcoming thriller?

Alexandra Roach portrays journalist Cat, who was friends with local girl Ela before she was murdered.

TV viewers will recognise Alexandra from her roles in Utopia, No Offence, Viewpoint, Sandition and Killing Eve.

Her No Offence co-star Joanna Scanlan also stars in the six-part thriller.

Still disturbed by her memories of that last day, Sharon needs resolution.

Of course, Joanna is now best known for her role as Ma Larkin in ITV1’s hit Sunday night drama The Larkins.

He was arrested for Ela’s murder after her DNA was found at his caravan.

Joe confessed to killing Ela but wouldn’t, or couldn’t, say why or what he did with her body.

Iwan is famous for his roles in Misfits, Game of Thrones, Riviera and Our Girl.

Filming on The Light in the Hall has only just started this autumn.

Gwenllian Gravelle, S4C Drama Commissioner, said: “This gripping drama certainly promises to be one to remember.

“With a stellar cast and a talented production team, we can’t wait to introduce Y Golau to S4C viewers.”

Nick Lee, Head of Acquisitions at Channel 4, added: “The Light is on! Creator and writer Regina Moriarty’s story of injustice and retribution is truly absorbing.

“It’s a unique take on a murder-thriller where the clues, characters and story come thick and fast.”

Is The Light in the Hall something you’d watch? Leave us a comment on our Facebook page @EntertainmentDailyFix.

Alexandra Roach Channel 4 Joanna Scanlan The Light in the Hall