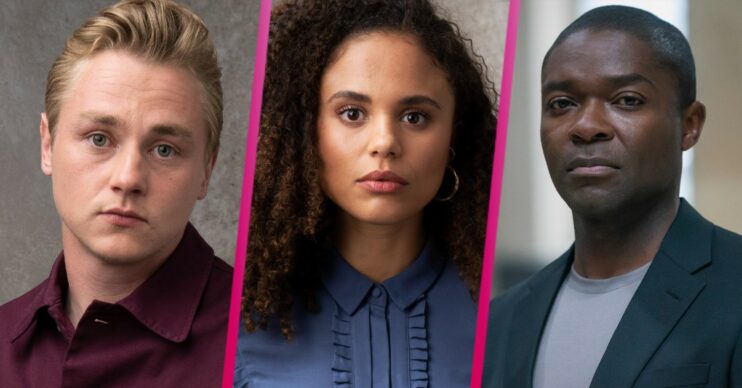 The Girl Before on BBC One: When does is start, how many episodes is it and is it based on a book?

The drama has a fab cast!

BBC One’s upcoming thriller The Girl Before promises to put your heart firmly in your mouth – so what’s it all about and when’s the start date?

The tense series is coming soon, and has a cast to get very excited about.

Here’s everything you need to know about the BBC series The Girl Before.

Read more: Jessica Plummer and Ben Hardy ‘confirm’ romance after meeting on set of The Girl Before

The Girl Before start date on BBC One – what’s it about?

She stumbles on the rental opportunity of a lifetime – the chance to live in a beautiful ultra-minimalist house designed by an enigmatic architect.

Of course, there’s a catch though…

Jane must promise to abide by a long list of very exacting rules set by the controlling architect.

Most of us would run a mile, but then that would make for a very boring drama.

After moving in, Jane discovers that a previous tenant, Emma, met a mysterious death there.

Naturally, Jane starts to wonder if her own story will be a re-run of the girl before.

Is life in One Folgate Street everything it seems?

That’ll be a big fat NO!

The Girl Before is adapted from Anthony Capella’s fictional book of the same name.

The crime fiction novel came out in 2016 and has sold over one million copies.

The Daily Mail said: “The tension is built up subtly, leading to a devastating climax. A really clever thriller [the film] will no doubt become the third big ‘Girl’ film.”

How many episodes is The Girl Before on BBC One?

The Girl Before is a four-part series.

Filming was shot in Bristol.

The Girl Before cast

Belle star Gugu Mbatha-Raw plays Jane, who gets the chance of a lifetime when she moves into the beautiful One Folgate Street.

However, Jane starts to feel the house changing her in unexpected ways…

Gugu is famous for her role as Ravonna Renslayer in Loki, Hannah Shoenfeld in The Morning Show, and Samantha Bloom in Undercovers.

The BBC has revealed that there’s FOUR former EastEnders cast members on board, too!

Ben Hardy and Jessica Plummer both star in the thriller The Girl Before on BBC One.

And it looks like they fell for each other in real life while filming!

Jessica Plummer portrays the house’s previous inhabitant – and, needless to say, her spell in the house didn’t end well.

Soap fans will recognise Jessica as Chantelle Atkins in EastEnders, as well as a contestant on I’m A Celebrity… Get Me Out of Here! in 2020.

He portrayed Peter Beale from 2013 to 2015, before appearing in X-Men: Apocalypse, Bohemian Rhapsody and The Voyeurs.

Meanwhile, Amanda Drew – aka deranged May Wright in the BBC soap – also appears in the thriller.

She stars as Carol.

The trailer (below) also shows a brief glimpse of Rakhee Thakrar who played Shabnam Masood in the BBC soap EastEnders.

White House Farm actor Mark Stanley is also in the cast as Saul.

Mark is known for his recent roles as Henry VIII in Anne Boleyn, Ed Harrigan in Small Axe, DC Andy Craig in Honour, and Hugo Duffy in Criminal: UK.

The Girl Before start date

BBC One has revealed the start date of The Girl Before.

The four-part series premieres on BBC One and BBC iPlayer at 9pm on Sunday December 19, 2021.

The whole series can be streamed in full on BBC iPlayer from that date.

And then you might want to watch the entire series again!

The Girl Before premieres on BBC One and BBC iPlayer at 9pm on Sunday December 19 2021.