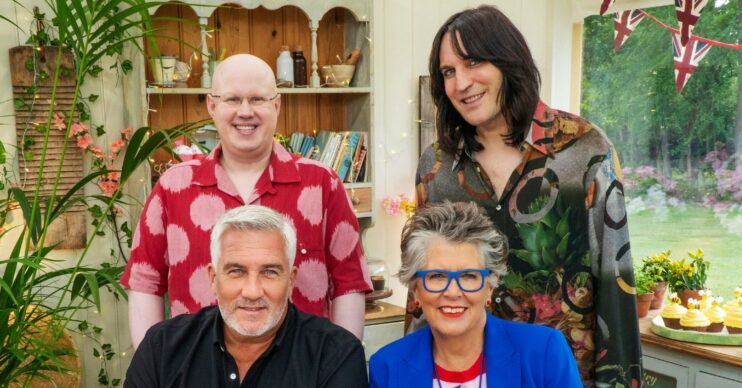 The first Great British Bake Off 2021 trailer airs but when does the series start?

We can't for it to come back

The Great British Bake Off has revealed its first trailer for the upcoming new series.

Channel 4’s hit cooking show returns to the tent for another series – its 12th – so it’s spatulas at the ready.

But when is it going to be on?

Loaf is in the air…

What did the new Great British Bake Off teaser show?

The show tweeted out the teaser from its official feed and immediately showcased the series’ iconic tent.

Read more: Matt Lucas weight loss: Star ‘had to do something’ after piling on the pounds in lockdown

With dramatic music playing behind it, it captioned the 14-second teaser: “Loaf is in the air…

We cannot wait! And it seems we’re not the only ones…

What did Bake Off judge Paul Hollywood say?

Over on Instagram, head judge Paul Hollywood expressed his own delight that the series is just around the corner.

Confirming that he, Prue Leith and presenters Matt Lucas and Noel Fielding are returning for the 12th series, he showed a group shot all holding a fabulous array of cakes.

In another post that shared the same teaser, he said: “We’re back!”

And, in his Stories section, he showed another shot of the fab foursome in the tent, calling them the “Bake Off family”.

It’s safe to say that Paul can’t wait for the show to start.

Past winner Raul Mandal also couldn’t contain his excitement: “I am waiting for this for so long… not only me everyone in the UK as well as everyone across the pond!!

“Can’t wait! Good luck to all the lovely bakers!”

When is Bake Off back on Channel 4?

Although Channel 4 is keeping schtum about the actual transmission date, we can safely say it’s just around the corner.

If past series of Bake Off are anything to go by, we could be looking at only a matter of weeks.

Read more: The Great British Bake Off 2021: When does the new series start on Channel 4?

Before last year’s pandemic-hit show, the series traditionally started in the last week of August.

But 2020’s series began on September 22, with this year’s series likely to kick off on a similar date.

We’ll soon find out who will follow Peter Sawkins’ win last year and become this year’s Bake Off champ.