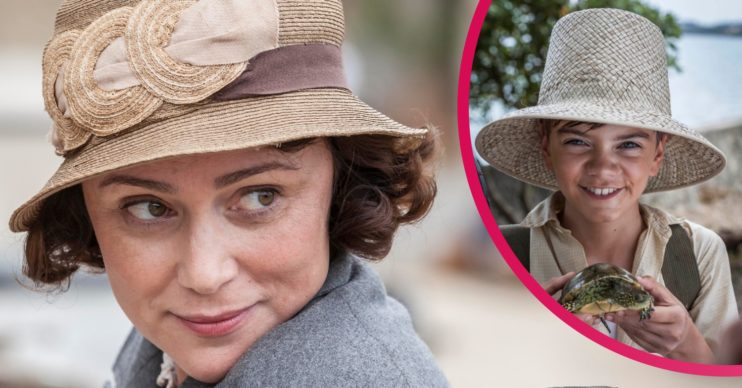 The Durrells is reairing on Sunday nights on ITV and viewers couldn’t be happier about it.

The heartwarming drama starring Keeley Hawes is set in 1935 on the beautiful Greek island of Corfu. It is based on the memoirs of Gerald Durrell: My Family and Other Animals.

What is The Durrells about?

Louisa Durrell (Keeley Hawes) thinks her life is falling apart after her husband’s death. His money has pretty much run out and her four children are all going off the rails.

Larry, 21, is a would-be novelist, but currently working as a very bad estate agent, 18-year-old Leslie and 17-year-old Margo are hitting adulthood and it’s not going well, and 11-year-old Gerry is obsessed with animals and about to be thrown out of school.

Making a rather radical change, she whisks the family off to live in sunny Corfu, where they live in a run-down old house with no electricity.

As the children fall back into old habits, Louisa faces a battle to kick start their new life and find somewhere to call home.

What did fans say about The Durrells?

The show was a huge hit when it aired the first time round and it seems the second outing is no different.

Those watching at home voiced their desire for a new series saying it finally felt like a ‘proper’ Sunday night again.

Loved #TheDurrells the first time and really enjoying it the second. Such a tonic in these strange times!

When you hear one of the best British programmes on television ever is being repeated from the start on #ITV. #TheDurrells pic.twitter.com/PhLOJaoTtd

Minutes in and I am reminded how utterly gorgeous and brilliant @thedurrellsITV is.
MAKE MORE EPISODES YOU COWARDS! We need #TheDurrells. Now more than ever, do we need them!!!!!! https://t.co/D9tfShYYng

Makes it feel like proper Sunday night now with #TheDurrells back

God, I’ve missed everything about #TheDurrells. The characters, the scenery, the gorgeous shots, the background music. ITV couldn’t have picked a better show to repeat on a Sunday evening, it’s just perfect. 🥰❤️

Will there be a new series of The Durrells?

After three series of the much-loved Sunday night drama, ITV commissioned a fourth in 2018.

This aired in 2019, but it was confirmed then that it would be the last one.

However, Josh O’Connor, who played Larry, told Digital Spy: “There’s so much material, there will always be more material and Simon Nye is such a brilliant writer…

“I’m sure there are stories to be told but it just sort of feels like a really good time to give it some space now.”

The Durrells airs Sunday nights at 7pm on ITV.