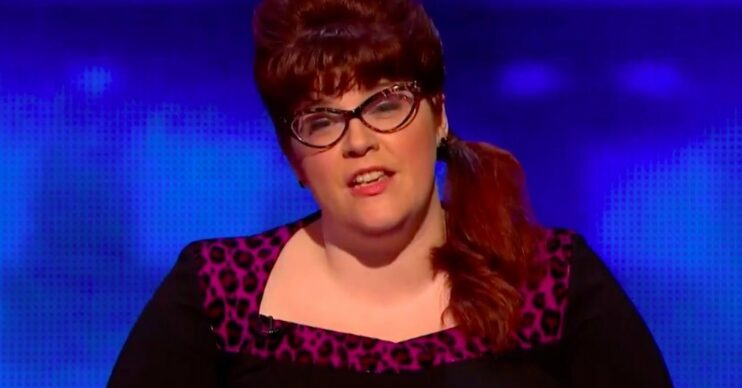 The ITV star transformed herself on Thursday night

The Chase star Jenny Ryan wowed fans this week when she stepped out for a glitzy event.

The ITV stunner, best known as Chaser The Vixen, showed off her glamorous side as she donned a gorgeous red satin dress.

Jenny paired the glam ensemble with a pair of black ankle boots and black tights, as well as her trademark black-framed glasses.

The 39-year-old star added to the look with bright red lipstick and wore her hair down for the opening night of Wicked on Thursday night.

She captioned the snap: “Oh hey it’s the cover of that one outstanding folk album I released in 1975 before disappearing to live on a ranch in Arizona.”

Read more: The Chase fans tell Jenny Ryan to ‘bin the beehive’ after stunning glow up

A second replied: “Love your dress,” while a third added: “Gorgeous!!”

Meanwhile, as fans were loving Jenny’s look, the star has previously faced cruel jibes from trolls in the past.

“You are our least favourite (apart from Darragh Ennis). You just come across as a complete smart[bleep],” said a troll.

A bemused Jenny quote-tweeted the troll, saying at the time: “Literally my job, babe.”

Jenny’s ITV co-stars were quick to jump to her defence too.

Anne Hegerty, AKA The Governess, replied: “Slightly affronted that you think I’m NOT a complete smart[bleep].”

While Paul “The Sinnerman” Sinha, hit back: “Imagine being you. Imagine thinking this is a way to conduct yourself.”