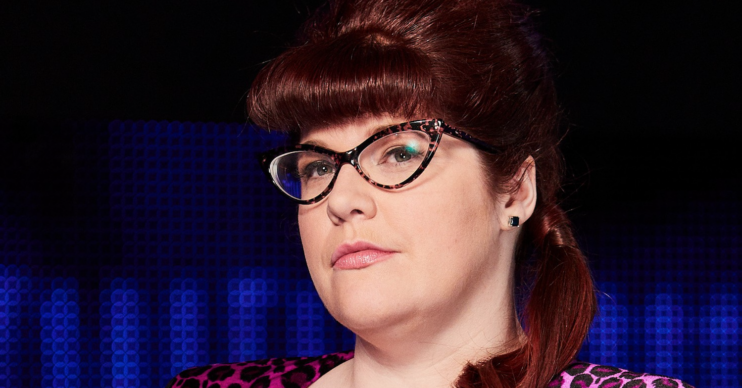 Jenny did look fab on the special!

Viewers of The Chase have urged chaser Jenny Ryan to “bin the beehive” after she revealed a stunning, glam makeover.

Jenny, 39, appeared on our screens during the festive period in a celebrity Christmas special of the ITV gameshow.

But it was her amazing makeover that got tongues wagging.

What did star of The Chase Jenny Ryan wear on the festive special?

Jenny took on one of the celebs in the first Chase festive special on Christmas Eve (Friday December 24).

Viewers expected Jenny to stride out in her trademark black and red suit, with her hair tied up in a beehive.

Instead, The Vixen wore her hair down and a sparkly dress with a statement necklace.

She also ditched the glasses that have also become part of her usual look.

And it wasn’t just Bradders who thought so – the viewers at home agreed.

Jenny looks so much better with her hair down. #TheChase

Wow! Jenny 'The Vixen' is looking HOT on #thechase @ITVChase

How did viewers react to The Chase star Jenny Ryan?

After seeing Jenny’s makeover, viewers showered her with compliments on Twitter.

One gushed: “Wow! Jenny ‘The Vixen’ is looking HOT on #thechase @ITVChase.”

Another said: “Jenny looks so much better with her hair down. #TheChase.”

A third added: “#TheChase @jenlion well I like the new look Jenny Ryan looks less intimidating and IMO should stick to this attire.”

Finally, one urged her to wear her hair down permanently.

Where else did Jenny appear during the Christmas weekend?

Jenny also made another surprise appearance on our screen during the festive period rocking an altogether different makeover.

She appeared dress as Santa Claus on Stephen Mulhern’s In For A Penny.

Read more: In For A Penny viewers thrilled by The Chase star Jenny Ryan’s transformation

Jenny delighted fans as she revealed herself to be the person behind the big white beard.

One said on Twitter: “Seeing Jenny dressed as Santa has got to be one of the best things that’s happened this year for me.”