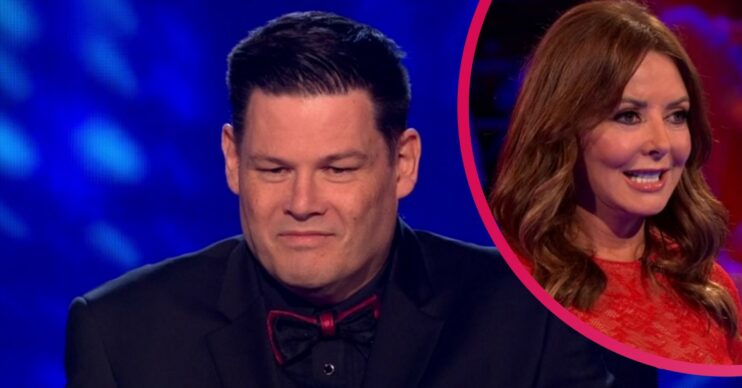 Beat the Chasers star Mark Labbett has been branded “creepy” by fans after flirting outrageously with Carol Vorderman on Twitter last night (January 11).

Carol was a contestant on last night’s episode of Beat the Chasers celebrity special, where she went up against three Chasers.

Carol clearly left a lasting impression on Mark, aka The Beast, after her recent appearance on the show.

So much so that Mark took to Twitter to flirt with the 61-year-old former Countdown star.

“I don’t know what is more impressive about @carolvorders,” Mark tweeted.

“Her intellect or her more tangible assets #superstar.”

Carol replied to the tweet this morning with a bit of flirting of her own.

“You beast you,” she wrote, adding a kissing emoji at the end of her message.

While Carol seemed to see the funny side of Mark’s flirting, some of his 149.5k followers didn’t.

In fact, some even thought it was a little creepy. They took to the replies of his tweet to let their feelings be known.

“You’re gonna get slaughtered over those remarks,” another warned.

“Are your eyes back in your head now Mark,” one of his followers asked.

“Lmao you’re not wrong,” another laughed.

How did Carol get on during Beat the Chasers?

Unfortunately for Carol, things didn’t go too well during her appearance on Beat the Chasers.

The 61-year-old presenter failed to beat the Chasers and left the show pretty much empty-handed.

Carol was playing with the hope of earning some funds for her chosen charity, the Cleft Lip and Palate Association.

Read more: Beat the Chasers viewers are all saying the same thing as Simon Weston appears on show

In the cash builder round, Carol managed to accumulate £4,000 before hitting a wrong answer. She was then offered the choice of going up against three chasers for £20,000, or five chasers for £100,000.

Carol chose to try and win the £20,000 but was ultimately unsuccessful. The star was disappointed, but it wasn’t all bad news.

What did you think of the Beast’s flirting? Leave us a comment on our Facebook page @EntertainmentDailyFix and let us know!