Liam decided to crack some jokes about Mark

Viewers of The Chase were left amused as Mark Labbett hilariously shut down a contestant’s joke.

Teacher Liam appeared on Tuesday evening’s show (March 17) and bagged £2,000 in his cash builder round.

He went up against Chaser Mark – aka The Beast – and was quick to poke fun at the quiz expert.

He said: “I’m going to stick with the £2,000 and with us both being teachers, hopefully I can teach this guy a lesson today.”

We didn’t know if Mark was in the car slowing us down.

But Mark hit back: “The man who can’t work out 90 miles in three hours is 30 mph is not going to teach me anything,” referring to a question Liam got wrong in his cash builder.

Host Bradley Walsh pointed out: “We didn’t know if there were any speed bumps slowing us down.”

Liam then said: “And we didn’t know if Mark was in the car slowing us down.”

As Liam managed to beat The Beast in the round, Liam poked fun once again.

He said: “Taught him a lesson he won’t forget!” to which Mark said: “I’m going to enjoy the final Chase.”

Liam then punched his fist in the air to celebrate his victory.

Liam and  his teammate Karl made it through to the final Chase and played for £8,000.

Mark decided to have one last dig at Liam as he said: “They could mesh beautifully or I could see Liam completely getting in Karl’s way.”

Unfortunately for the team, The Beast beat them after they managed to get just 12 questions right.

Viewers shared their thoughts on the digs between Mark and Liam.

One person said: “Liam irritating #TheBeast @MarkLabbett as much as he is the rest of us!!”

Another wrote: “The Beast is getting salty #thechase.”

A third added: “Mark does NOT like this guy. He is super annoying though! Trying to be a funny guy!”

#TheChase Liam irritating #TheBeast @MarkLabbett as much as he is the rest of us!!

The Beast is getting salty #thechase

Read more: The Chase viewers turn on The Governess as she denies team with an ‘extra’ contestant

A fourth tweeted: “You’ve got to love Mark Labbett and his put downs, he looks naffed off with the little school teacher.”

You’ve got to love Mark Labbett and his put downs, he looks naffed off with the little school teacher #thechase

‘We didn’t know if Mark was in the car or not’ shots fired #thechase #thebeast pic.twitter.com/PbRth7DASQ

Catch him Mark. Too cocky by half #TheChase

The Chase returns to ITV tomorrow, Wednesday March 18, at 5pm. 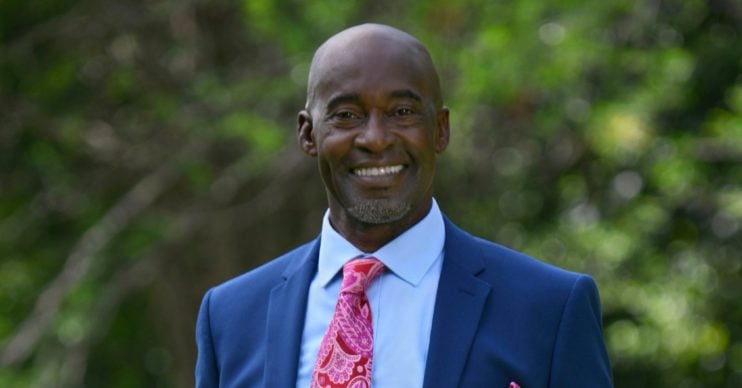