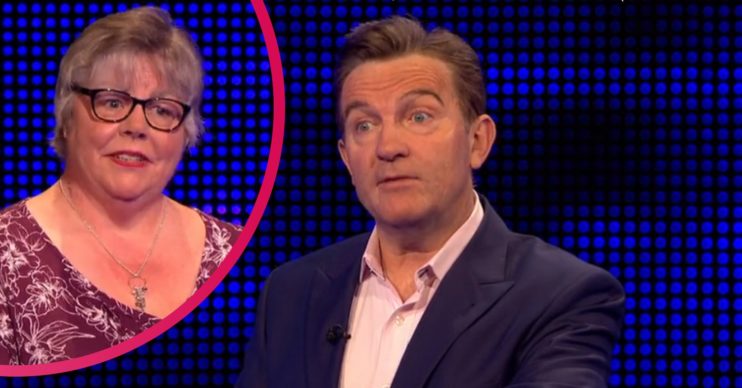 They even shared a career connection

The Chase featured a contestant who looked exactly like Jo Brand, according to viewers.

What happened with the Jo Brand lookalike on The Chase?

And those watching at home couldn’t help noticing Catherine’s likeness to writer and comedian Jo Brand.

The similarities didn’t end there, though, as Catherine shared a career connection with Jo.

At the beginning of the episode, the 60 year old, from Barnsley, she revealed she works as a nursing lecturer.

When it was her turn to step up for the cash-builder round, she told host Bradley Walsh that she specialises in mental health.

Elsewhere, Catherine said she likes to do crafts in her spare time. She told Bradders: “I do crafty kind of things, knitting and sewing. I’m doing a lot of things at the moment for my first grandson, Charlie.”

Asked what she would do with the prize money if she won, she explained: “I’m going to spoil him. He’s nearly ready for his first trike, so I think that’ll be top of the list.”

One said: “Thought Jo Brand was a contestant today, had to look twice. #thechase.”

Another asked: “Is that Jo Brand on The Chase? #TheChase.”

A third tweeted: “Thought that was Jo Brand! #thechase.”

Had to look twice.

Someone else said: “Not only does she look a tad like Jo Brand, she sounds like her too! #TheChase.”

They added, in a separate tweet: “Catherine could actually make a living out of making appearances as Jo Brand. #TheChase.”

Is that Jo Brand on the chase? #TheChase

Thought that was Jo Brand! #thechase

Catherine could actually make a living out of making appearances as Jo Brand. #TheChase

Read more: The Chase’s Paul Sinha delights fans as he pokes fun at his Parkinson’s disease

After facing The Governess in the head-to-head round, Catherine made it back to her team, adding £5,000 to the pot.

She was joined in the final chase by Duncan. But unfortunately, the pair were easily caught.