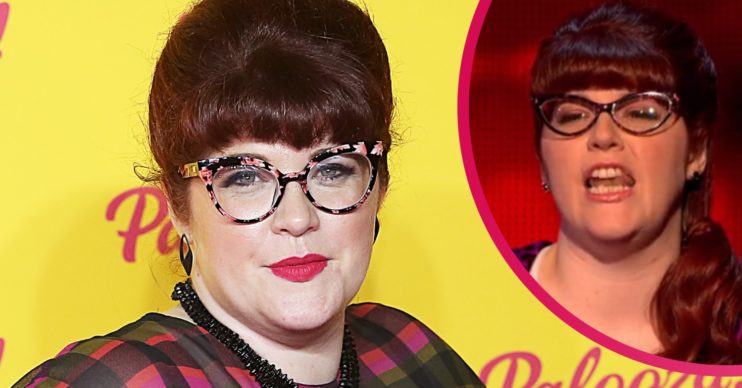 There's another play style that irks her

The Chase star Jenny Ryan has hit back at claims she and her fellow quizzers dislike contestants who take low offers.

As viewers who follow conversations about the ITV quiz show on social media will know, contestants who go for the low option normally face something of a sharp backlash.

What did Jenny Ryan say to fans of The Chase?

In The Chase, hopefuls try their hand at a cash-builder round before facing the chaser, who presents them with three choices.

They can either accept the high offer, which takes them a ‘step’ closer to the chaser; remain where they are and go for their cash-builder pot; or take a low offer to add an extra step between themselves and the episode’s quizmaster.

No, we don't dislike them. We're fine with contestants who take minus offers. Often it's the wisest tactical decision for the team. I like contestants less when they rule out the lower offer without considering it – and then get caught. https://t.co/prBKXVhhfz

On Twitter this week (Thursday, August 13), one viewer suggested that The Vixen and her co-stars “don’t like” people who take the low offer.

They wrote to another Twitter user, in a debate about playing the game effectively: “You must be a minus taker then because even the chasers don’t like them.”

Jenny hit back, responding: “No, we don’t dislike them. We’re fine with contestants who take minus offers. Often it’s the wisest tactical decision for the team.

Absolutely not what I said.

“I like contestants less when they rule out the lower offer without considering it – and then get caught.”

It didn’t end there, as another viewer tweeted: “Yeah, I chuffin’ love it when you catch them when they’ve taken the lower offer… but if that happens (with four start) they shouldn’t be on the show in the first place.”

The Vixen replied sharply: “That’s absolutely not what I said.”

That's absolutely not what I said.

ITV has been airing repeats of The Chase all lockdown.

Luckily for fans, new episodes are coming very soon. On Twitter earlier this week, Jenny confirmed that viewers will be able to enjoy fresh instalments from September.

She tweeted: “Only four more weeks of repeats to put up with, keep going everyone! #TheChase.”