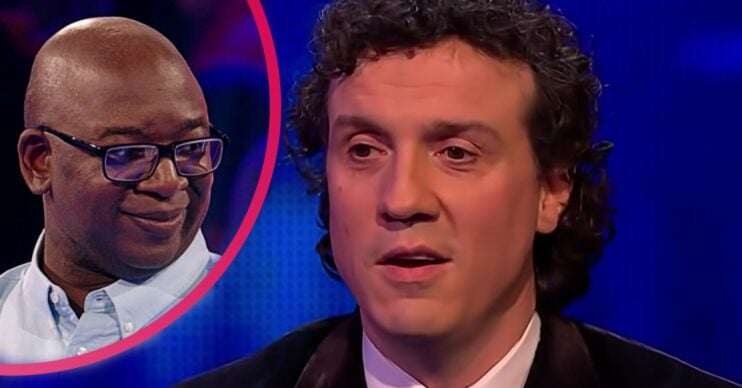 Following the death of The Chase and Beat the Chasers contestant Mike Johnson, star Darragh Ennis has paid tribute to him.

Darragh, 41, added his tribute after the show let fans know of the tragic news on its official Instagram feed.

How did The Chase pay tribute to Mike Johnson?

The show’s account showed Mike in conversation with host Bradley Walsh during an episode of Beat The Chasers, which aired on September 18.

During that episode, Mike said he wanted to win some money to take his five-year-old daughter to Trinidad to see his mother.

He had also appeared on The Chase six years before.

Read more: The Chase contestant hits back at criticism on Twitter following battle with Darragh Ennis

The show said: “We are deeply saddened by the news that Mike Johnson has passed away.

“A fantastic Beat the Chasers and Chase contestant, our thoughts are with Mike’s family and friends at this very difficult time.

“Bradley, the Chasers and production loved meeting and spending time with Mike and making him part of the Beat The Chasers & The Chase family.”

What did Darragh say about Mike Johnson?

Darragh then left his own tribute, replying: “Such a sad loss. A really fun and entertaining contestant.”

Members of Mike’s family then thanked the show and Darragh for their heartfelt words.

One follower said: “Thank you so much this means so much to his wife daughter and my mother. [sad face emojis]. He is my brother.”

Fans also paid tribute, with one saying: “That’s so sad, he was an amazing contestant on both The Chase and Beat the Chasers and one I’ll never forget.

“My thoughts are with his family and friends.”

The cause of Mike’s sad death is unknown.

What happened to Pete Green on The Chase?

Mike’s passing follows that of another contestant on The Chase.

Earlier in September, it was announced that Pete Green had passed away.

Pete’s episode was filmed earlier in the year, but was screened on September 20.

Chaser Paul Sinha tweeted a tribute to the contestant.

“Saddened to hear that Pete from today’s Chase has since passed away in horrible circumstances,” he said.

“A true gentleman, a warm, engaging and thoroughly entertaining opponent.”