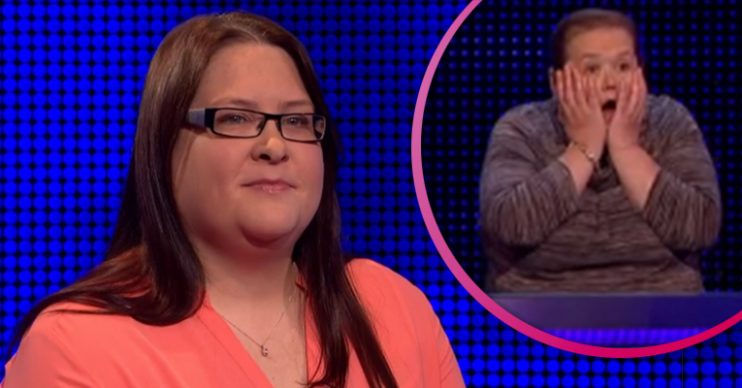 Viewers of The Chase were left stunned as a contestant ignored her teammates’ advice and went for the high offer.

Lorraine bagged a modest £6,000 in her cash builder round and went on to face Chaser Anne Hegerty – aka The Governess.

Read more: The Chase contestant ruthlessly mocked for being a ‘lord’

Her teammate Sandy said: “Don’t take the minus £3,000. That’s just rude. If you want to go high, I haven’t got a problem but I’d like you to take the middle offer.”

If you want to go high, I haven’t got a problem but I’d like you to take the middle offer.

However, turning back to the table, Lorraine said: “£48,000,” as Sandy threw her hands over her mouth.

Lorraine managed to beat the Chaser and made it back to the team with her huge amount to add to their £12,000.

Host Bradley Walsh admitted their score “wasn’t bad” but said they may need a couple of pushbacks.

Viewers were shocked by Lorraine’s decision to go big despite being urged by her team to play for her £6,000.

One person said on Twitter: “Sandy is gobsmacked, literally!”

Another added: “Lorraine on #TheChase absolutely banging it – what it’s all about! Go on girl.”

A third tweeted: “Get in chick!!! Well done Lorraine!”

Lorraine on #TheChase absolutely banging it – what it’s all about! Go on girl.

Is there a way Lorraine can win, and Sandy not? #thechase

I want Lorraine and Mark to win. But I want Sandy too lose. So I'm going to have to be the bigger person and be more magnanimous. #TheChase

Unfortunately for the team, The Governess beat them with 12 seconds remaining.

The Chaser said: “If they had scored a little more in the end… but you all did very well.”

Viewers shared their thoughts on the final result, with many gutted.

One added: “Awww that was a shame. Really wanted the team to win!”

Awww that was a shame. Really wanted the team to win! #TheChase @ITVChase

The Chase returns to ITV tomorrow, Tuesday, March 24, at 5pm.