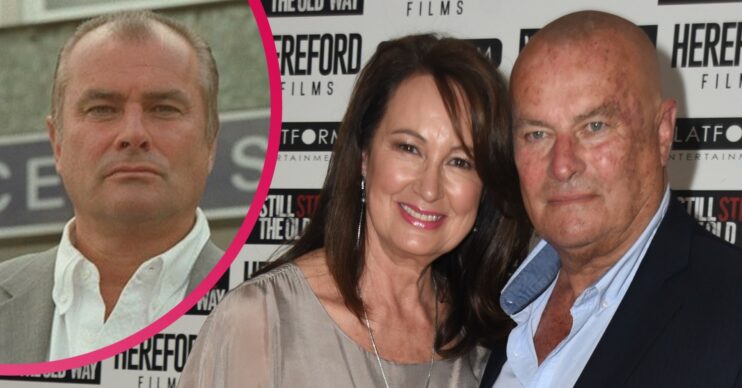 The Bill star Chris Ellison is battling aphasia after suffering a stroke.

The DCI Frank Burnside actor has lost the ability to speak after the health crisis 18 months ago, his wife Anita has told.

His wife spoke out after it was revealed Hollywood legend, Bruce Willis, has gone public with his aphasia battle.

It is a degenerative brain disorder which affects one’s ability to understand language.

Chris suffered the stroke at home in Brighton in 2020 and was found by Anita on the bedroom floor.

Chris’ wife Anita, 69, told The Sun on Sunday: “It’s awful, we’ve been so lonely. Chris is trapped in his body. He can understand everything going on around him but can’t speak, read or write.

“He has not uttered any sense in 18 months. Sometimes I feel as if I have lost my charismatic, very funny and caring husband.

“It’s frustrating for us both but when he looks into my eyes, I see he’s still in there. I have cried buckets.”

The actor played rule-bending detective Burnside for 15 years on The Bill.

Chris is trapped in his body.

He proved so popular with viewers that he was handed a spin-off in 2000.

It saw the character become part of a crack squad in the National Crime Squad – but the show was cancelled after just one series.

After The Bill ended, Chris went on to star in EastEnders.

He also appeared in a Doctor Who audio play, as well as turning to reality television.

In addition, Chris was a contestant on Pointless Celebrities and he appeared on Celebrity Big Brother in 2015.

Earlier this week, the family of Bruce Willis announced he was retiring from acting after he was diagnosed with the condition.

They said it had “hampered his cognitive abilities”.