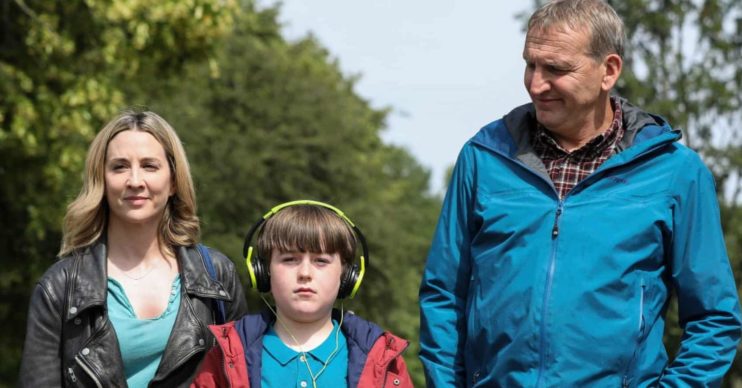 Here's what happened in the final episode

The A Word series 3 will be premiering on BBC at 9pm tonight (May 5).

It’s been revealed that the show will be picking up two years on from when we last saw Joe, Alison, Paul and the gang.

Understandably, some fans may struggle to remember how the second season ended.

With that in mind, here’s a completely recap of The A Word series 2. Enjoy!

The A Word series 2 recap

However, the family had a setback when they realised Joe was unhappy at school.

After hours of research research, Alison managed to get Joe into a school that could prioritise his special needs –  however, it was a 100 mile school run.

Unsurprisingly, the exhausting commute began to put a strain on her relationship with Paul. (Lee Ingleby).

But the devoted mother refused to compromise Joe’s needs.

With his marriage in crisis, Paul began to grow closer to waitress Sophie and almost ended up kissing her.

Although he didn’t cheat, he realised his marriage was over and packed his bags to move out of the family home.

Maurice (Christopher Eccleston) has better luck in the love department.

After helping to nurse Louise (Pooky Quesnel) back to health  following her cancer battle, he proposed.

While she declined his proposal, the pair agreed to start their relationship over from scratch and come out stronger than ever.

Maurice then had a health scare in the series 2 finale after collapsing in front of the family.

But fortunately, he appeared to make a recovery.

What happens in The A Word series 3?

The new series is set two years on from when we last saw the characters.

Nicola and Paul are now divorced and lives 100 miles apart.

Meanwhile, Eddie is now living back with his dad Maurice following his split from Nicola.

It’s getting a tad crowded over at Maurice’s place as Paul and Joe are also staying with him temporarily.

Elsewhere, Rebecca is at university but makes an unexpected return home with a big surprise of her own.

Directed by Fergus O’Brien, series three was filmed in the Lake District and Manchester.

Who is in The A Word series 3 cast?

The A Word series 3 will see a bunch of familiar faces return to the box.

However, there are also a few new cast members that will be bringing Peter Bowker’s script to life…