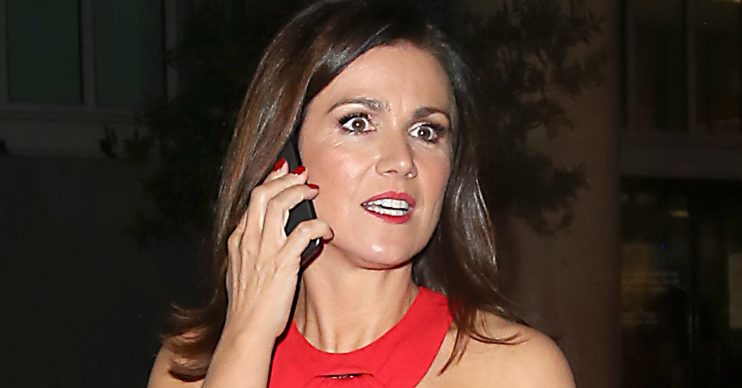 She's got a hectic schedule

Presenter and Good Morning Britain host Susanna Reid opened up about feeling “wrung out” as she revealed her unusual goal for 2020 – to have no goals.

The daytime TV favourite, 49, said she plans to be the “same old me” this year and doesn’t intend to embark on a “crazy exercise regimen” to drop the weight she put on over the festive period.

Susanna said will “dial it all down” in 2020 and turn away from the “constant pressure to do more”.

The decision, she explained, was inspired by her “blissful” two weeks off over Christmas and New Year, during which she got to enjoy a lot of down time with her loved ones.

Writing in her column for the Daily Mail, Susanna said: “I got to do things that I never find time to do — like watch Little Women with my mum, who turns 80 next year.”

Writing further, Susanna said it’s crazy that we have to find time in our schedules to simply “stop and do nothing”, but that’s what she’s decided to do.

She’s adopted as her new mantra ’20 for 2020′, under which she is giving herself 20 minutes a day to “do nothing, other than go for a walk, switch off” or even just “stare into space”.

She also said over Christmas she put on half-a-stone, adding: “This year I’m the same old me. No plan to embark on a crazy exercise regimen to shift the half-a-stone I piled on over Christmas, hoovering up the leftovers.”

I have kept finding myself feeling wrung out by the end of the week.

Susanna went on to explain how her busy weeks – which see her getting up at 3.45am and reading through all the morning news bulletins before joining Piers Morgan and her other colleagues on GMB – have really started to wear her down.

And what’s worse, she ends up feeling guilty as she runs out of time to cook her family meals from scratch and ends up ordering takeaways instead.

She explained: “I have kept finding myself feeling wrung out by the end of the week — and wracked with guilt to boot. And the more goals we set, the more we ramp ourselves up into bouncing coffee beans of caffeinated fury, ready to fly off the handle at the slightest trigger.”

Her goal now is to “not to worry so much” as the idea she can control everything, as a working mum, is “a delusion”.

Susanna, who returned to work this week as ITV’s new daytime schedule got underway, took to Instagram to tell her fans about her bold New Year’s Resolution, sharing a selfie and writing in the caption: “I’m giving up the goals. In 2020 it’s all about calm. 20 minutes doing nothing every day.”