Presenter Piers Morgan was left frustrated on Good Morning Britain as bosses appeared to use an incorrect image during an interview with actress Britt Ekland. 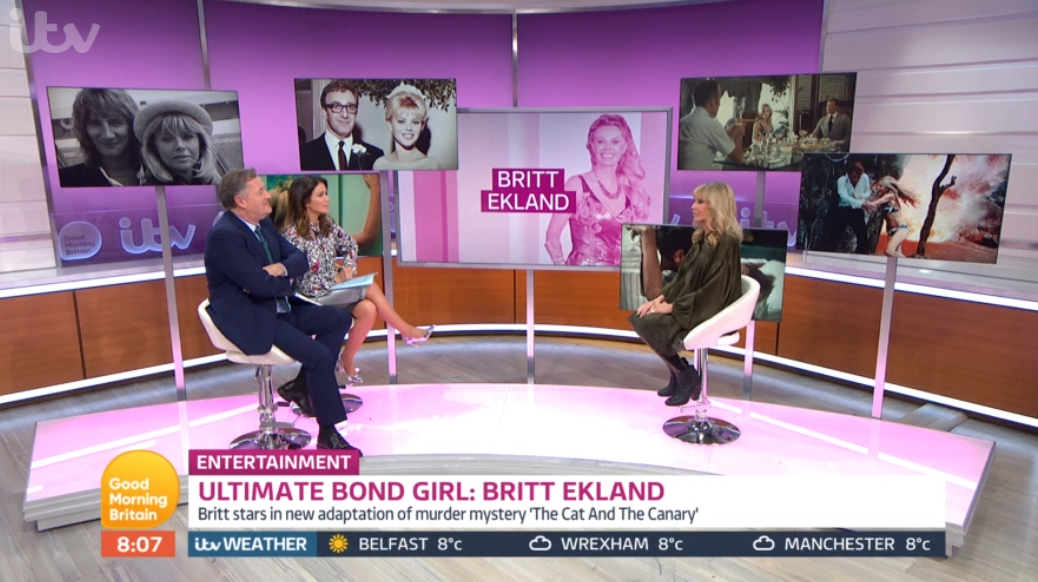 Britt was on the show today (Credit: ITV)

Read more: Piers Morgan hilariously 'trolled' by his wife as she calls him an 'old man'

But as the interview got underway, Piers said: "So, we have a massive star, Britt Ekland, Bond Girl, superstar, and what do we do..."

Susanna then cut in: "And you couldn't mix her up with anyone."

"Apart from this Swedish actress," Piers continued. "Which is apparently, whoever this woman is up there, in the middle - who is not Britt Ekland. That's another Swedish actress, right? Who is it?" 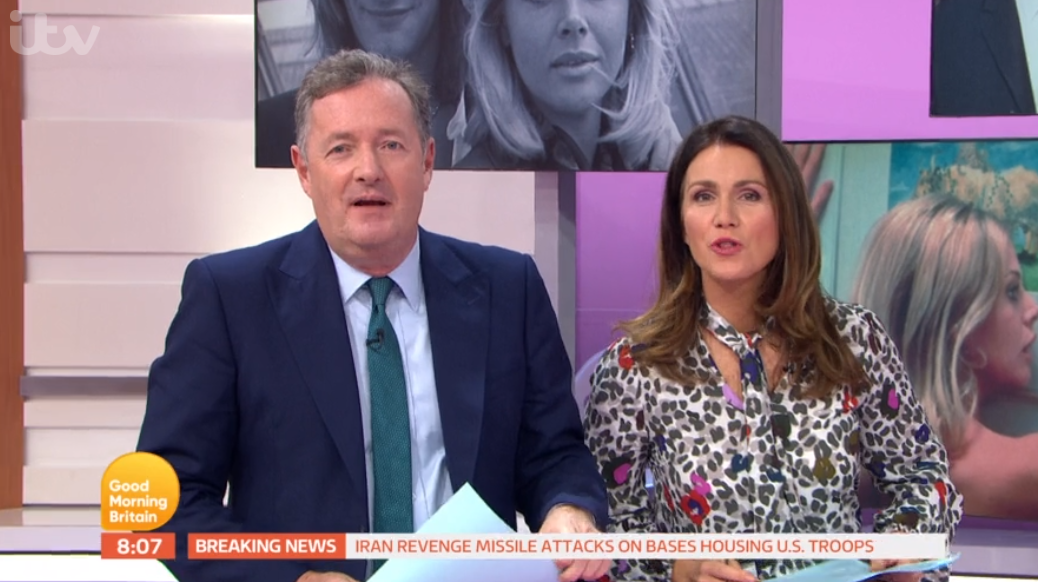 Piers and Susanna admitted the programme had used a pic of someone else in the graphic behind them (Credit: ITV)

Susanna explained how Britt pointed out the error as she came into the studio - and everyone wondered for a moment if they had accidentally put up a picture of Australian pop legend Kylie Minogue by mistake.

The person in the picture, Britt had explained prior to the interview, was someone she's often mixed up with. 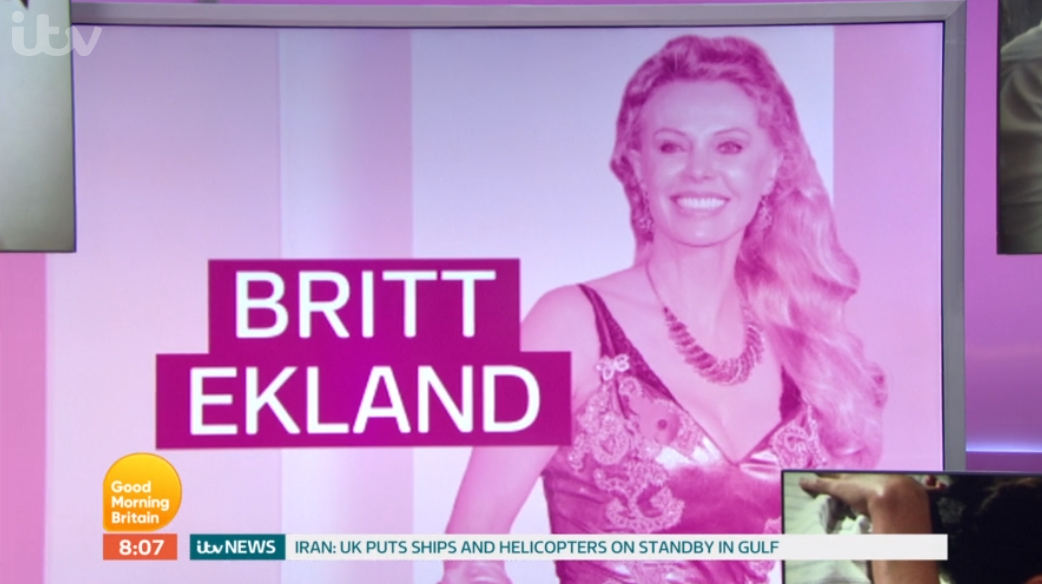 Whoever it is looks a bit like Kylie Minogue (Credit: ITV)

Britt said: "She went to a Bond premier and they said, 'That's Britt Ekland'. Of course, it wasn't me because I wasn't here... oh it doesn't bother me. Everyone knows what I look like."

Elsewhere in the interview, Piers asked: "We're living in an era now of Instagram and other social media platforms, there's this incredible pressure on young women, young girls, to be perfect. And many of them are dashing to have plastic surgery to do this.

Britt replied: "I think it's tragic! The one time you really look good is before you're 25. 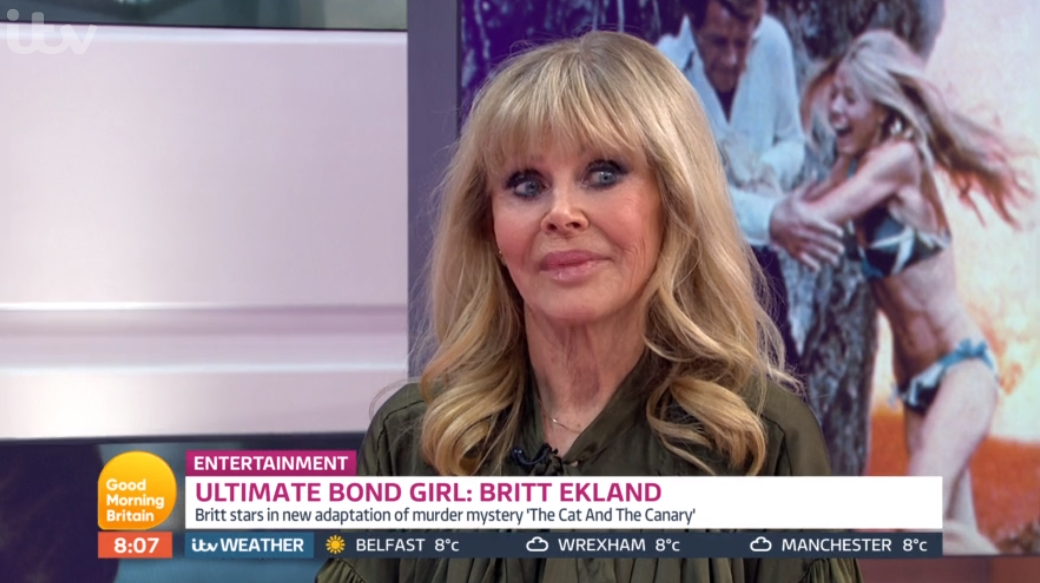 It follows an interview an GMB earlier this week about the bushfires raging through Australia that viewers criticised as 'shambolic'.