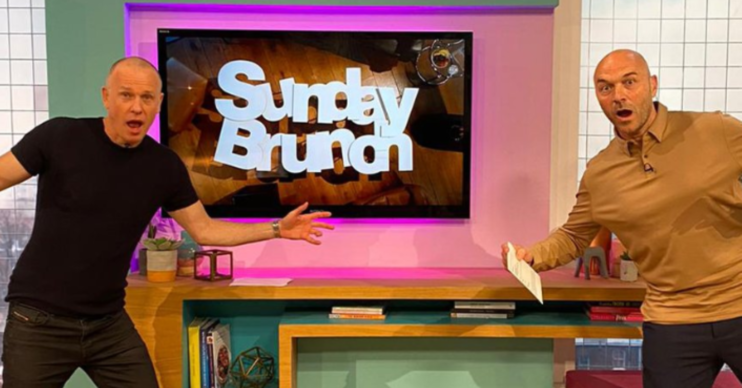 Sunday Brunch fans thrilled as show returns to the studio

It was the first time since March

There was a treat for cooking fans this morning as Sunday Brunch was broadcast live from the studio for the first time in months.

Back in March, bosses of the Channel 4 show announced that the usual format would have to be put on hold due to the coronavirus pandemic.

However, presenters Tim Lovejoy and Simon Rimmer made a welcome return to the famous kitchen today – albeit while sticking to social-distancing rules.

And it’s obviously cheered viewers up no end, as they’ve been expressing their joy on social media.

Sunday Brunch is one of the most popular cookery programmes on telly, combining culinary tips with celebrity banter.

So understandably, viewers would’ve been disappointed when the usual format of the show was canned in March due to the lockdown.

Think my family thought I’d gone mad when I was shouting ‘Tim and Simon are back’!! Great show, as always.

Since then, we’ve seen Tim and Simon adapt to the current crisis by broadcasting via video link from their homes.

However, there was a nice surprise for viewers this morning when it was announced that things were (almost) going back to normal.

Alongside a picture of Tim and Simon standing apart in the studio was a message: “We’re back! #SundayBrunch is live on @Channel4 now!”

The news went down a storm with fans of the show, who were soon inundating the feed’s comments box.

Fans have their say

One fan wrote: “So fantastic to see you both back in the studio. Really feels like life is getting back to normal.”

And a third chipped in: “God I’ve missed you boys in the studio. My Sunday morning is now complete.”

“Ahhhh Sunday mornings feel normal again! Great to see you both back in the studio,” said a fourth.

During the show, Tim was quick to point out that social-distancing guidelines were being followed.

He told viewers: “While we are excited to be here, we are also taking strict measures to ensure the safety of our guests and crew.

“There is never more than three of us here at any one time, and we can make sure social distancing is possible at all times.”

Tim’s announcement was backed up by Simon, who added: “We are working with a much smaller crew, and we have reduced the numbers and contact. It is looking a lot quieter than usual.”