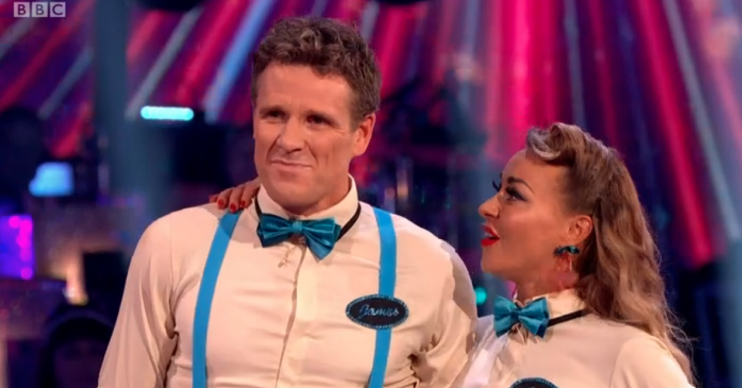 Olympic rowing legend James Cracknell was the first person to be voted off Strictly Come Dancing at the weekend after the judges unanimously sent him packing.

It was then claimed that James, 47, had to be restrained backstage during ‘a furious rant’.

But now he has used social media to refute those claims.

The Sun reported that James had ‘ranted’: “I wish I’d never done this show.”

The report went on to quote an insider, who said: “He was livid at being axed. He was saying things like, ‘It was a massive mistake to do Strictly. I’ve been made to look completely stupid.”

But now James, who suffered a brain injury in 2010 after a bike accident in Arizona, has spoken out.

I don’t reply to people’s comments but I’m not gonna let this one go. @LubaMushtuk & I had fun & our best dance but it wasn’t enough. I know I’m no John Travolta so to throw my toys out the pram would be stupid @TheSun @bbcstrictly https://t.co/rAZkUBjKfy

He took to Twitter to refute the newspaper’s claims.

“I don’t reply to people’s comments but I’m not gonna let this one go,” he began. “@LubaMushtuk & I had fun & our best dance but it wasn’t enough.

“I know I’m no John Travolta so to throw my toys out the pram would be stupid @bbcstrictly.”

And many of his 89,100 followers were quick to lend their support.

One wrote: “You’ve been through so much in your life! You being in the show let us see a different side to you, I actually wish you were still in it I would of liked to see you progress! Well done!! You were great!”

During Saturday night’s show, James found himself in the dance-off with fellow sportsman David James and his partner Nadiya Bychkova.

The judges were in agreement in their decision to let James go.