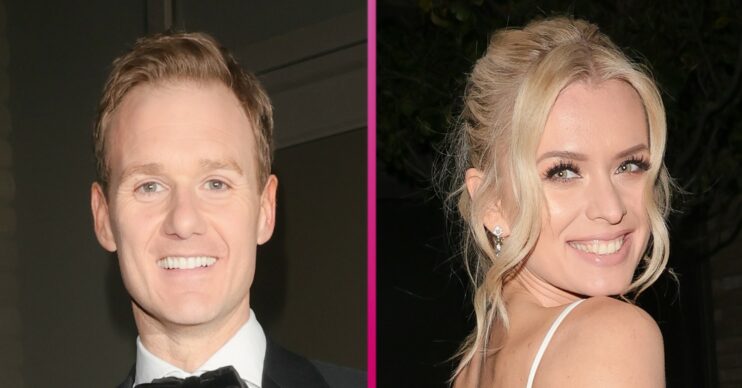 Strictly star Dan Walker has been consoled backstage by Nadiya Bychkova after breaking down, it has been reported.

The BBC breakfast presenter has formed a firm friends with professional partner Nadiya.

And, after it all got too much, she was there for her pal in his hour of need.

Why was Strictly star Dan upset?

Nadiya rallied round after Dan reportedly broke down on the recent 10th anniversary of the death of his friend Gary Speed.

Football manager Gary took his own life a decade ago after suffering from crippling mental health issues.

Dan had last seen him the day before his death.

And it’s clear the anniversary brought back some painful memories.

Nadiya was seen hugging Dan according to The Sun while he sobbed on her shoulder.

A source told the publication: “Dan was in bits because he had watched a re-run of his interview with Gary which took place the day before he died.

“The two were very close. And it was a haunting, harrowing watch. Dan tried to hold it together, but the emotion of the evening became too much after their dance and he broke down in the dressing room.”

The source revealed how Nadiya supported Dan through his tough time and let him cry it out on her shoulder.

“As a result people have been gossiping backstage about Dan and Nadiya’s closeness, but it was entirely innocent. She has been his rock — not just this week, but every week.”

The source said Nadiya has been there for Dan when he as faced with criticism “simply for staying in the show”.

It’s said he is “so grateful for her friendship”.

The source also revealed the pair have developed a strong friendship and bond on the show.

BBC Sports presenter Dan, 44, was also emotional after surviving another week on the show.

He was originally tipped by the bookies to exit from Strictly last weekend.

However, he made it through to this weekend’s shows with early favourite Tilly Ramsay getting the boot instead.

He will compete again in tonight’s episode.

But he is again the favourite for the chop.