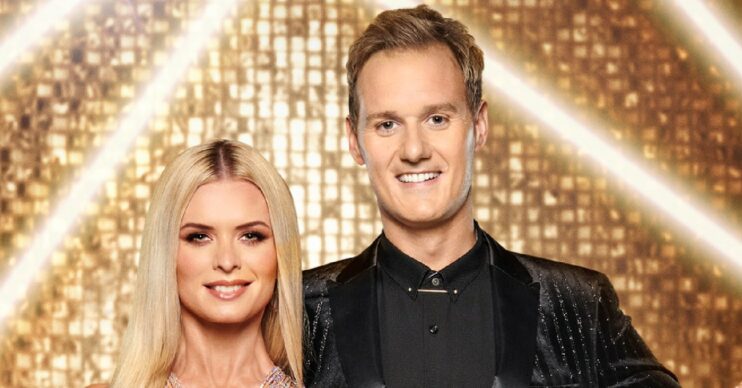 Strictly Come Dancing: Dan Walker bookies’ favourite to be voted off this weekend

Could it be his time to go?

Strictly Come Dancing star Dan Walker is the favourite to be voted off in this weekend’s quarter-final.

However, according to the bookies, his time might just run out this week.

What are the odds for Dan Walker on Strictly Come Dancing?

The latest odds released by online bookies Betfair reveal that Dan is 5/6 on to leave the competition.

In second place, Rhys Stephenson – who narrowly avoided the axe last week – is 6/4.

A spokesperson said: “Despite his critics, Dan Walker continues to prove the doubters wrong by avoiding the dreaded bottom two on Strictly.

“However, he is the 5/6 favourite to get the boot in this weekend’s quarter-final.

“At the other end of the dance floor, Rose Ayling-Ellis remains the strong 1/5 favourite to waltz her way to the Strictly crown this year.”

Who is favourite to win the Glitterball?

With Rose favourite to lift the Glitterball trophy this year, AJ Odudu is second favourite at 7/1.

The EastEnders star and presenter AJ have stormed the competition this year, so it’s no surprise that they’re top of the favourites board.

Rhys is rank outsider to win the competition at a whopping 100/1.

What did Dan say about “fix” claims?

Dan has been tipped to leave because of low scores.

But the public vote has saved him and partner Nadiya Bychkova on numerous occasions.

Some viewers think this is a “fix” but Dan has defended his position.