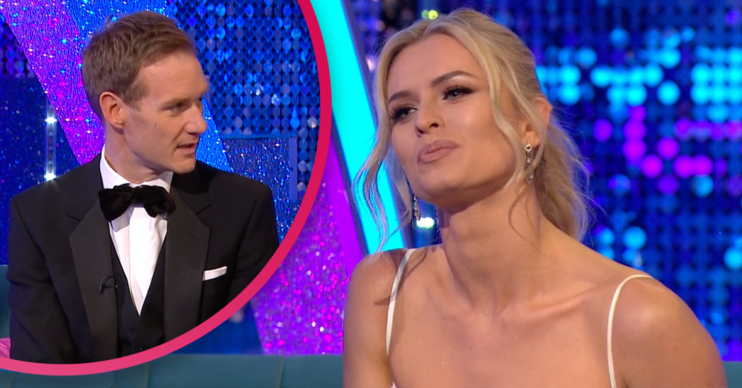 Strictly Come Dancing pro Nadiya Bychkova has shocked fans of It Takes Two with quite the revelation about her dance partner Dan Walker.

The couple appeared on the show alongside host Janette Manrara last night (December 2).

And, after Nadiya made her shock claim, even Dan declared: “Really?!”

What did Strictly pro Nadiya say about Dan?

Chatting to Janette, Nadiya declared: “Daniel is my favourite person to teach.”

“It’s like he’s got the dancer’s brain without being a dancer.

“He just understands it, he asks all the right questions and he’s so determined and willing to learn. I’m just enjoying every moment.”

She added: “We are having so much fun. You can see it. I’m having the best time of my life.”

Who has Nadiya been paired with before on Strictly?

She joined the show back in 2017 and was partnered with EastEnders star Davood Ghadami.

They reached the quarter-final and eventually finished in sixth place.

After that, she was partnered with Blue singer Lee Ryan – they went out in week three.

In 2019 she was partnered with former footballer David James, with the pair finishing in 12th place.

What did Strictly fans say about the comments about Dan?

It Takes Two viewers appeared to be a little worried about pro dancer Nadiya.

One joked: “Dan is the best person you’ve danced with? Nadiya, honestly, are you okay?!”

Another added: “Please somebody introduce Nadiya to some actual clever people, and rescue her from this whole Stockholm Syndrome situation.”

A third declared: “Blink twice if you need saving, Nads!”

A fourth, however, appeared to think Nadiya had done a disservice to her first-ever Strictly partner, the hunky Davood, who played Kush in the BBC soap.

“Nadiya saying Dan is her favourite partner,” the said. “Justice for Davood Ghadami!”