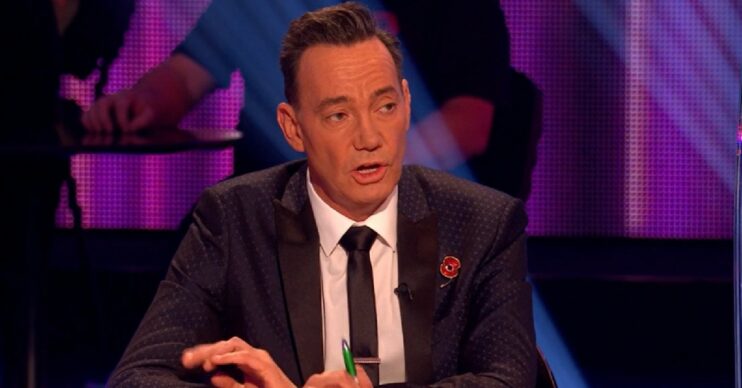 Speculation had been rife all week about who would replace Craig following his positive Covid-19 test.

Stage and screen star Cynthia Erivo is joining our Judges for Musicals Week! Stepping into Craig’s shoes, who we wish a speedy recovery. 🌟 https://t.co/d9XV94yR9t #Strictly pic.twitter.com/TSjRsFgOL8

Who is replacing Craig Revel Horwood as a judge on Strictly this weekend?

This morning (Friday, November 19), Strictly announced that the award-winning Cynthia Erivo will be stepping in as a judge on this weekend’s show.

Cynthia, 34, is an English actor, singer, and songwriter from London. She has appeared on film, television, and stage, and is the recipient of numerous awards.

Speaking on joining the show Cynthia said: “I’m so delighted to be joining the Strictly judging panel for Musicals Week. Musicals have a unique place in my heart, it’s such a special way of connecting all art and making it one.”

She went on to say: “I’m excited to bring my experience to the show and I can’t wait to see what the couples have in store this weekend.”

However, some fans didn’t know who she was.

One said: “Who?” while another wrote: “Why? What credentials does she have in dance?”

A third posted a GIF which said: “Who?”

But one gushed: “Very talented & beautiful lady,” while another tweeted: “Love this lady!”

Who is Cynthia Erivo?

The actor has won a Daytime Emmy award, a Grammy, and a Tony Award, which recognises excellence in live Broadway theatre.

On top of this, Cynthia has also been nominated for two Academy Awards, two Golden Globe Awards, and a Screen Actors Guild Award.

She has appeared in films and TV shows such as Mr. Selfridge, and Harriet, which got her an Oscar nomination.

She has also appeared on stage shows including The Color Purple, Shakespeare’s A Midsummer Night’s Dream, and Sister Act.

Why is Craig missing Strictly?

Strictly bosses announced earlier this week that Craig would be missing the show due to testing positive for Covid-19.

In a statement, they said: “Craig Revel Horwood has tested positive for Covid-19 and is now self-isolating following the latest government guidelines.

“While Craig will not be taking part in Strictly Come Dancing this weekend, all being well he will return the following week.”

Prior to Cynthia’s announcement as a replacement judge, many fans wanted choreographer Jason Gilkison to replace Craig.

He appeared on Strictly: It Takes Two last night to talk about the upcoming Musicals Week.

What do you think of Cynthia doing Strictly? Let us know over on our Facebook page @EntertainmentDailyFix.