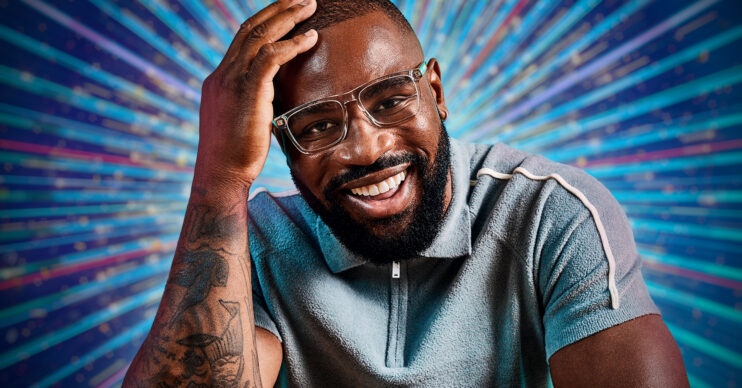 Rugby legend and Strictly Come Dancing contestant Ugo Monye has separated from his wife just days ahead of the new series.

The Sun reports Ugo, 38, and wife Lucy, 32, decided to go public to avoid being labelled as being hit by the ‘Strictly curse‘.

They have been married for five years and are parents to two children: Phoenix, four, and Ruby, one.

Ugo admitted a “number” of aspects lead to them deciding to part ways.

He told the tabloid: “We weren’t in a volatile relationship, we never hated each other and there was no third party. Forget the Strictly curse – it’s the COVID curse! We ended up where we ended up.”

Read more: When is Strictly Come Dancing on? The 2021 series starts with a glittering spectacular

Insisting there is no animosity between them, Ugo added the former couple’s focus remains on their young daughters.

He also noted that he and Lucy have even been considering going away on holiday as a family next summer.

Ugo also indicated he believes lockdown pressures were in part responsible for his marriage ending.

He continued: “We’d had one big conversation a while ago when we put everything on the table, then smaller conversations about certain other things.

“So when the final decision to split was made, it wasn’t totally isolated or out of the blue.”

Ugo and Lucy are not the only couple to call it quits before one ex takes part in the BBC dancing competition.

Many relationships are thought to have foundered due to the so-called ‘Strictly curse’, but some real life couples have ended things before taking a dance step.

For example, 2020 participant Ranvir Singh confirmed last September she had split from her husband.

However, it seems they had actually ended their relationship some time earlier.

Ranvir insisted she keeps her private life private for the sake of their son Tushaan.

She also admitted she finds being a single mum tough going.

Ranvir said last year: “It’s hard work being a working single parent. I struggle with an enormous amount of guilt with my son and not being there when he goes to school.

“We’re very attached to one another because it’s just me and him. I do get quite tearful sometimes and I worry he’s going to hate me when he grows up because I was never there.”

Who else has split before the series starts?

Additionally, there has been another recent reported split ahead of the 2021 series, this time relating to the dance pros.

According to reports, Kai Widdrington – set to make his debut this year – and his long-term girlfriend Giulia Dotta ended things after five years.

Giulia’s agent told the Mirror in July that the pair remain on good terms nonetheless.

They previously worked together on Ireland’s Dancing With The Stars.