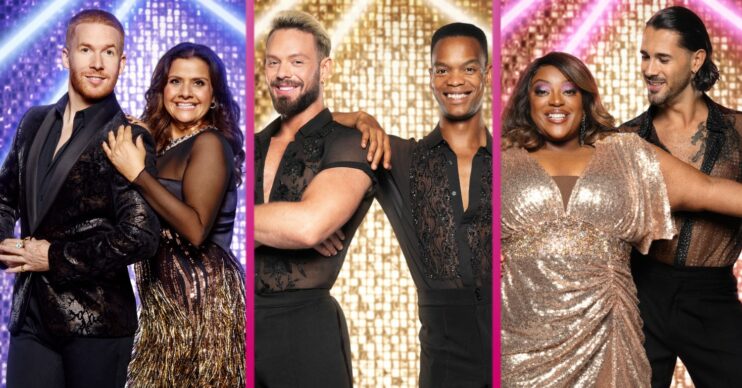 They're going straight on our Strictly playlist!

In latest Strictly Come Dancing news, the show’s list of songs and dances for week one have been revealed.

On Saturday (September 25), 15 new celebrities and their partners will take to the floor for their first live performances.

And here’s what they’ll be dancing to…

The BBC One series made the big announcement on Twitter earlier today (September 23).

It's time to reveal our couples' first routines and tunes for this Saturday… prepare yourselves for some absolute bangers! 🎵 #Strictly https://t.co/tP50iFmFTw pic.twitter.com/LFmDaKRkzi

Strictly fans react to the week one choices

It didn’t take long for Strictly fans to react to the news.

One said: “These songs are all going on my playlist ahead of Saturday! Anyone else do this?”

Another added: “Can’t wait to watch Johannes and John’s Tango on Saturday night.”

In addition, a third agreed: “John and Johannes’s tango will be great!”

These songs are all going on my playlist ahead of Saturday!

Meanwhile, it’s believed three of the professional dancers have refused the coronavirus vaccine.

An insider told The Sun: “There were vocal protests from celebrities that they didn’t want to be paired with them.

“It’s a headache for bosses but employers cannot force workers to get jabbed.”