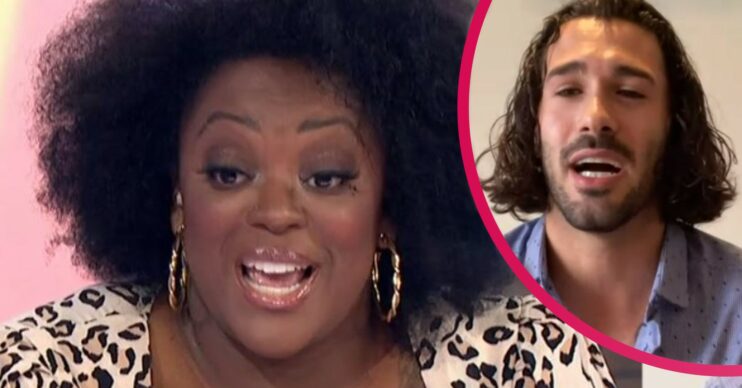 The comedian, 41, made her debut on the programme on Saturday (September 25) alongside her professional partner Graziano Di Prima.

On Monday’s Loose Women, Judi revealed her weight loss as she opened up about doing the programme.

She was also joined by Italian dancer Graziano later in the show as he spoke about whether they could win the 2021 series.

“It’s been amazing. I’ve never experienced anything like this.

“And I think Jane would be great as well,” referring to her fellow panellist Jane Moore.

Meanwhile, Graziano later appeared on the show and spoke about working with Judi on Strictly.

He discussed how he helps Judi settle her nerves before a live show.

We’ve got one chance only to dance together and enjoy the process.

He said: “So the words are ‘just me and you, nothing else.'”

Judi said: “It does work. Saturday I was very nervous, I was shaking and he was said ‘me and you’ and he really tells me about going into myself.”

Graziano added: “As a professional dancer, I have been through this. Every day, every competition, every performance.”

When asked whether he and Judi will be in the final. Graziano said: “Oh that’s a cute question!

“What I say to Judi, we’ve got one chance only to dance together and enjoy the process.

Have you enjoyed Strictly so far? Leave us a comment on our Facebook page @EntertainmentDailyFix and let us know what you think of this story.