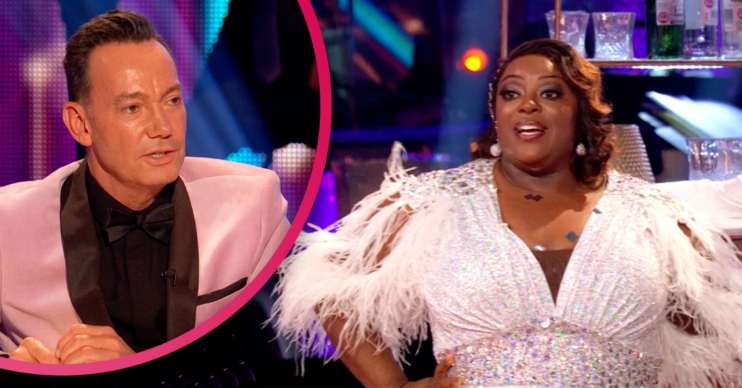 'She deserved better than that'

There were a few surprises along the way, including AJ Odudu’s epic jive.

But eagle-eyed viewers were quick to point out a comment that they thought was more on the negative side.

And it involved the gorgeous Judi Love and judge Craig Revel Horwood.

After Judi and partner Graziano Di Prima danced their American smooth, host Tess Daly asked the judges for their critique.

However, many viewers took to Twitter to accuse Craig of insulting Judi with his critique.

He told Judi: “Well you’re certainly a woman who knows what she wants, darling.

“And I have to say if I was dancing that in drag I’d have done exactly what you did.

“I loved it, I thought it was brilliant.”

Viewers were a little bemused, especially as it seemed a bit out of character for Craig, who had been on his best behaviour all night.

“Craig’s ‘if I was in drag’ comment was pretty insulting to Judi,” said another.

“I thought it was very odd,” another commented. “Oddly misogynistic.”

“Did Craig *really* just liken Judi Love to a drag queen? Drag is bloody awesome but that reference did not feel complimentary. At all. And Judi deserves all the compliments after that banging routine,” said another.

“It made me really sad – Judi is sensational gorgeous and deserves so much better,” said another.

“What does he mean…. ‘dancing in drag’ ….. how insulting!” declared another.

“What??? Did Craig just compare himself in drag to Judi????” said another who seemingly couldn’t believe their ears.

“Ouch. That drag comment was bloody uncalled for Craig,” another added.

Others picked up on Judi’s reaction to the comment.

One said: “I think her face was also like WTAF too.”

Where did Judi finish on the leaderboard?

All four judges gave Judi a solid score of six.

This meant she finished with a score of 24 and this landed her in seventh place on the week one leaderboard.

There isn’t an elimination this weekend – the first will take place next Sunday night (October 3).

Head to our Facebook page @EntertainmentDailyFix and tell us what you thought of Judi’s American smooth.