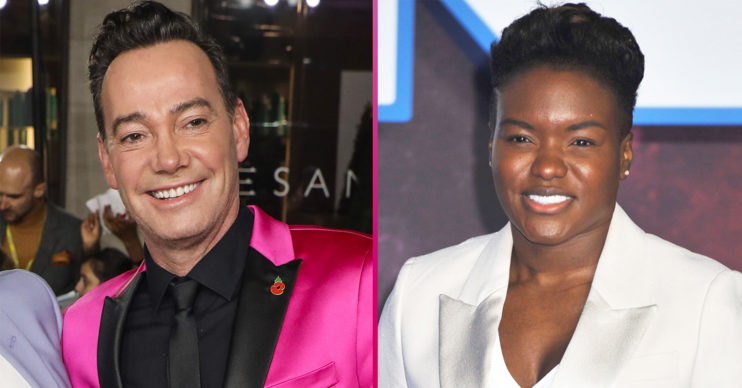 You can't keep a good judge down, darling

Strictly Come Dancing judge Craig Revel Horwood has taken a jab at Nicola Adams ahead of the new series of the show.

Nicola will become one half of the show’s first ever same-sex couple, but judge Craig, 55, has already shared his thoughts.

What did Craig Revel Horwood have to say?

In a chat with Mecca Bingo online, Craig said: “I think Nicola Adams will be punching above her weight, darling.”

This intimated that he doesn’t think the double Olympic-winning boxer will do very well on the Strictly dancefloor.

And this is despite Nicola, 37, having nimble feet and being quick around the boxing ring.

However, Craig can’t wait to see her in action.

“I am looking forward to seeing a same-sex couple,” he added.

Craig also went through some of the runners and riders in the video.

And, as you would imagine, he didn’t mince his words.

He was asked what he thought comedian Bill Bailey was going to be like.

What did Craig say about the other contestants?

When he was told GMB host Piers Morgan gave contestant Ranvir some stick about her appearance, he defended her.

He said: “Look at Piers, darling, you have to sort of turn a blind eye or just turn your ears off.”

With the series around a month away, he refused to name favourites at this stage.

I would have a favourite if I’d seen them dance.

“[I] would have a favourite if I’d seen them dance,” he said.

“I just need to see them walk down a set of stairs to some music and then I can judge them.”

He did say, however, that Max George from The Wanted, will “be good”.

Nicola Adams is ready to go!

For Nicola’s part, she can’t wait to jump into the Strictly ring.

“People might know me from work in the ring,” she said.

“I also wanted to thank the BBC for supporting me and making me the first ever all female-pairing; and it’s amazing to be a part of the movement for change, diversity and breaking boundaries in the entertainment industry.”