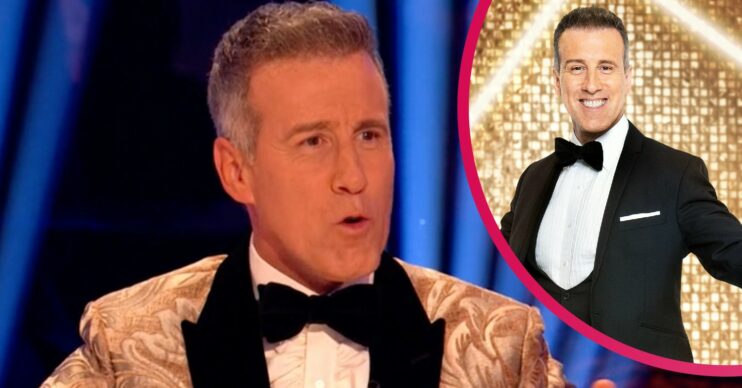 Anton has been popular as a judge

Strictly bosses may offer Anton Du Beke a “sweetener” to get him to return to the show as a professional dancer, it has been reported.

The star was a dancer on the BBC ballroom contest for years but had been hankering after a judging slot.

He got his shot when Bruno Tonioli pulled out of this year’s series, and has been a huge hit.

Bruno pulled out because COVID restrictions meant it would be too difficult for him to jet back and forth between the UK and the US, where he is a judge on Dancing With The Stars.

He is expected to return to the series, meaning Anton would lose his seat on the panel.

However, bosses are keen to keep Anton and The Sun says he may be offered a pay rise to be a pro dancer again.

They’re keen to offer a sweetener

“The last thing bosses want is to lose him if they do welcome Bruno back,” a source told the publication.

“They appreciate it’ll be hard for him to go back to the day job. So they’re keen to offer a sweetener.”

ED! has contacted Anton and Strictly reps for comment.

It was confirmed this summer that Anton would be filling in for Bruno.

The dancer said he was delighted with his new role.

He said in a statement at the time: “My loves I cannot tell you how thrilled I am to be stepping into Bruno’s brogues for the next series of Strictly.

“It’s a dream come true to be judging alongside the best of the best… and I promise to be kinder to all the couples than any of them have ever been to me.”

Meanwhile, Bruno said he was “gutted” about missing the series.

However, he admitted that Anton was the perfect person to take his place alongside Shirley Ballas, Motsi Mabuse and Craig Revel Horwood.

“I have to tell you, Anton IS Mr Strictly and if anybody is filling in for me, it has to be him,” he said when the news was announced.