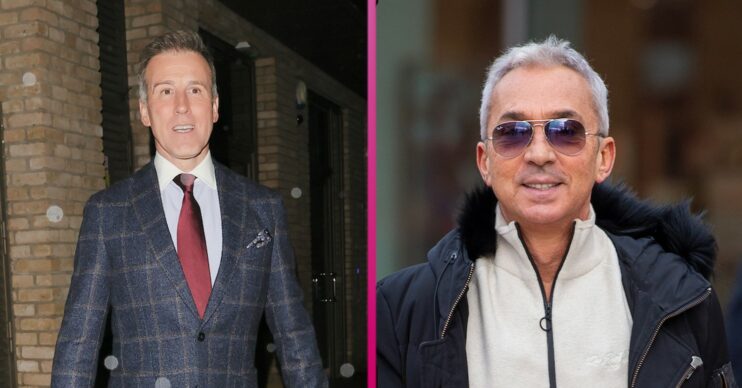 Is a Strictly shake-up on the horizon?

According to The Sun on Sunday, the BBC One juggernaut show plans to install the professional dancer as a regular judge.

Anton, 55, swapped the dance floor for the judges’ desk in 2021 as Covid restrictions played havoc with Bruno’s work schedules.

Italian Bruno, who has been on the panel since 2004, also has a regular gig on US show Dancing With The Stars.

A BBC insider told the publication: “We have been told Anton’s contract as a judge is going to be renewed. The bosses were really happy with his performance.

“Bruno has been an integral part of Strictly for more than a decade, and there is a huge amount of affection for him from those on the show.

“This decision will ruffle some feathers, not least with Craig, who has been a very, very vocal advocate for welcoming Bruno back. But the bosses’ attitude is, ‘If it ain’t broke, don’t fix it’.”

Reports emerged after the show 2021 final in December, stating that Beeb bosses were torn over the panel after Anton proved such a hit with viewers.

Last month, the Mail on Sunday reported: “The BBC are in a real quandary here. Anton has been so loved and such a pro, so it seems wrong to get rid of him. It seems disloyal, but then it was Bruno’s job.

“It would be going a bit far to suggest there is a row going on, but there is certainly much divided opinion over what they want for next year’s show.”

Bruno recently returned to the panel for the Strictly tour, which wraps up at the O2 in London today (February 13).

What have the other judges said?

Meanwhile Craig Revel-Horwood, who has been a judge alongside both Anton and Bruno, has found a solution.

His suggestion is to keep Anton – AND bring back Bruno, adding a permanent fifth seat behind the famous judging desk.

“I think that would be good for all of us.

The BBC provided ‘no comment’ when approached by ED!.

ED! has also approached Anton and Bruno’s representatives for comment.