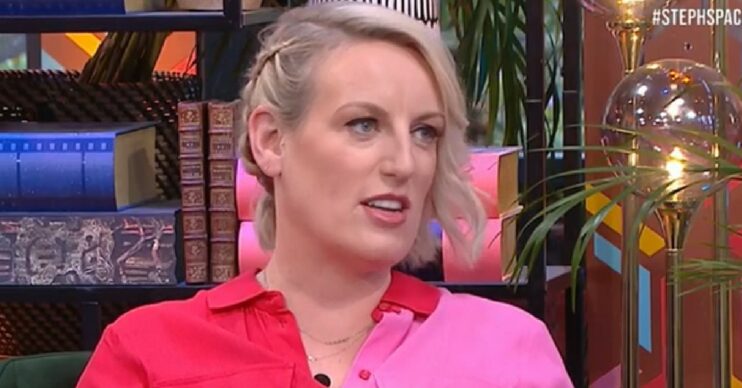 With Strictly Come Dancing 2022 around the corner, there’s more names thrown into the mix for the line-up.

The latest famous face who bosses are reportedly hoping to sign up is daytime star Steph McGovern.

Steph, 40, hosts her lunchtime programme Steph’s Packed Lunch on Channel 4 and has since broken her silence on the rumours on her show.

According to reports, BBC bosses want to sign up Steph for the 2022 series because they think she’s the “perfect choice”.

A source has told The Sun: “Steph has the personality and profile which makes her a perfect choice in the eyes of Strictly producers.

“They completely understood why she’s had to say no in the past. She was just establishing Packed Lunch on Channel 4 and wanted to give that her complete attention.”

The insider added: “But now it is a firm fixture in the schedules. It was nom-inated for a Bafta earlier this year and only last month it was announced it had been recommissioned and will run into 2023.”

A rep for Strictly declined to comment when approached by ED!.

On Monday’s edition of her programme, Steph addressed the reports as she said: “I’ve turned it down in the past, never say never.”

Strictly judge Anton Du Beke said on the show: “If you did Strictly Come Dancing now, after me asking you to dance it with me for about 12 years and you saying no, now that you’d dance it with one of the young, firm boys… I’d be your worst judge ever.”

What did Steph say about Strictly?

Steph quipped: “You see, the thing is, that’s what holding me back.

“I would worry you’d be too compromised because you’d want to give me 10 all the time.”

She added: “It is funny these rumours in the paper, you do wonder where they come from.

“Although I’ve been trying to get it out of Anton who’s going to be on it this year and he’s like ‘No, I’m not telling you!'”

Fellow guest Denise Van Outen then asked: “Are we watching this space then, Steph?”

A string of names have been rumoured for Strictly 2022.

Bookies have placed odds on celebrity chef Gordon Ramsay doing the show. Gordon would be following in his daughter Tilly‘s footsteps as she took part last year.

The 2022 series will return later this autumn.

Anton will return to the judging panel alongside Shirley Ballas, Craig Revel Horwood and Motsi Mabuse.

Who should take part in Strictly 2022? Head to our Facebook page @EntertainmentDailyFix and let us know.