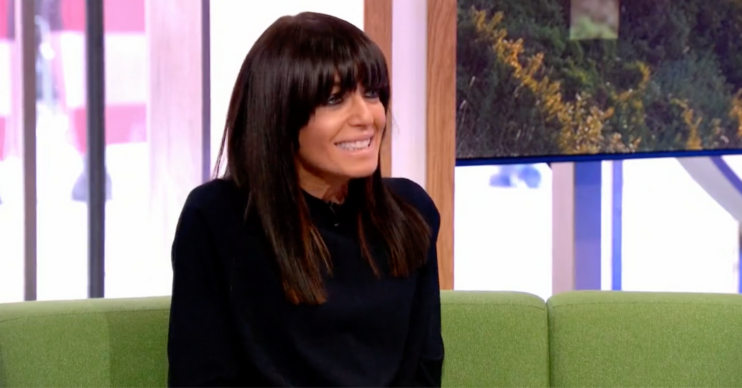 She joked she would be fired!

Claudia Winkleman joked she would be “fired” after teasing some exciting news about Strictly 2022.

The presenter was on The One Show last night when the slip-up happened, with Claudia admitting she is ‘leaky’ when it comes to secrets.

Speaking to hosts Gethin Jones and Alex Jones, Claudia said bosses at Strictly only usually tell her details after they have told “Tess and the press”.

New pro dancers are on the way! 🕺💃

We’re counting down the days until the next #Strictly @ClaudiaWinkle

She said: “They don’t tell me anything. They tell me after they tell Tess and the press because I’m leaky.”

When Gethin pressed her on any new dancers joining the show, Claudia replied: “There are going to be, I think, some new…” before she cut herself off.

She added: “If I’m allowed to say that? Maybe I won’t. I’ve just been fired. My phone just buzzed!

“But yeah, there might be a few new pro dancers.”

And while we are still waiting for any official confirmation on who is lined up for this year’s series, rumours are already circulating.

One star who could be in the running for an appearance on Strictly 2022 is celeb chef Gordon Ramsay. The 55-year-old could be about to follow in his daughter Tilly’s footsteps, who competed on the show last year.

Steve Madgwick, Entertainment Betting Specialist at OLBG.com, said: “Gordon Ramsay is the 11/8 favourite to follow in his daughter’s footsteps and appear on Strictly Come Dancing this year.”

Other favourites to appear on this year’s season are comedian Rosie Jones, while Gogglebox star Scarlett Moffatt is the second favourite to feature on the show in the betting market at 6/4.

Jake Quickenden is just behind Scarlett at 7/4, with Helen Skelton and Dawn French also featuring as favourites.

It was also reported recently that Gordon’s mate Gino D’Acampo could also be pencilled in for a Strictly debut.

An insider spoke to The Sun about Strictly bosses’ plans.

They said: “Every year the team behind the show want to get the perfect balance of stars, whether it’s for their sex appeal, humour, or if they are a particular draw for older or younger viewers.

“But they view Gino as someone who has universal appeal, who is up for a laugh and more than capable of keeping audiences entertained.”

Strictly returns later this year on BBC One and BBC iPlayer.

Who do you want to see on Strictly 2022? Head to our Facebook page @EntertainmentDailyFix and let us know.