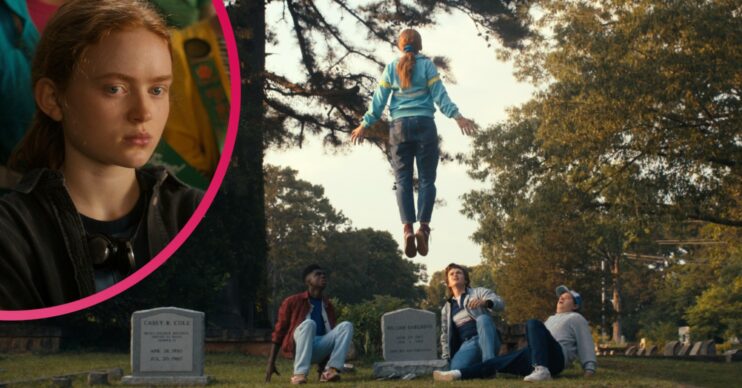 Stranger Things season 4 playlist: All the songs including Running Up That Hill

The Stranger Things soundtrack became very significant in season 4 as it included hits from KISS and The Beach Boys.

And a song by Kate Bush that practically saves Max’s life!

There are songs from the new season that won’t leave fans’ heads for days.

So here’s a list of all of the songs featured in season 4 – plus why the Kate Bush track Running Up That Hill is so significant.

California Dreamin by The Beach Boys.

Object of My Desire by Starpoint.

I was a Teenage Werewolf by The Cramps.

Play With Me by Extreme.

Got Your Number by The Lloyd Langton Group.

Fever by The Cramps.

You Spin Me Round (Like a Record) by Dead or Alive.

Rock Me Amadeus (The Gold Mix) by Falco.

Wipe Out by The Surfaris.

Diamonds and Emeralds by The Interior Castle.

Burning Up by Donnell Pitman.

In Transit to Bermuda by Dorian Zero.

Pass the Dutchie by Musical Youth.

Dream a Little Dream of Me by Ella Fitzgerald & Louis Armstrong.

Running Up That Hill by Kate Bush

Running Up That Hill by Kate Bush became quite an important song in Stranger Things season 4.

In the new season, Hawkins is terrorised by a new villain, Vecna, that can read and control people’s minds.

But with a bit of Scooby-Doo-esque investigating, the gang discover that listening to music prevents their minds from being tormented by the monster.

So when Max looks like she about to be killed by Vecna, her favourite song Running Up That Hill by Kate Bush saves her life.

We hear the song a few times throughout the season but it’s the epic ending in episode 4, where Max listens to the song while floating above her brother Billy’s grave, that’ll stay with us Stranger Things fans forever.

Times Up by Arthur B. Rubinstein (Wargames Soundtrack)

Akhnaten Act 1, Scene 3: The Window of Appearances by Philip Glass.