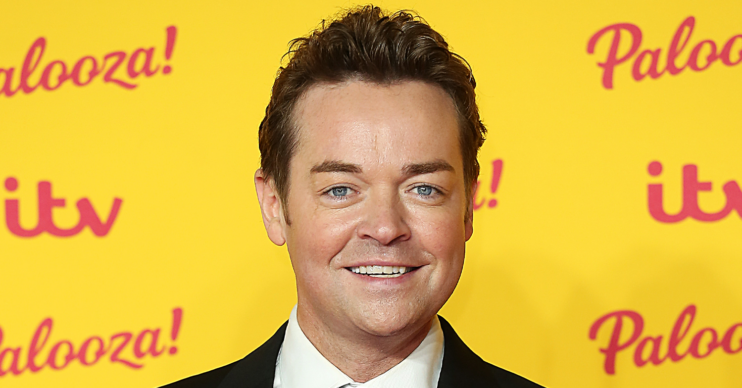 Stephen Mulhern previously made a “sad” admission about his love life and his hopes of finding a partner.

The star, who hosts In For A Penny on ITV tonight (April 23) is notoriously tight-lipped about his love life.

He previously dated EastEnders star Emma Barton in 2008, and last opened up about his relationship status in 2018, saying he was “single”.

However, that doesn’t mean the 44-year-old TV personality has given up on love altogether.

On the contrary, he has spoken of his hopes of finding “the one”.

TV favourite Stephen has said that he enjoyed a brief romance in 2014, but admitted in 2018 that he hadn’t been on a date since then.

Speaking to Celeb Now back then, Stephen admitted that his career has got in the way of him finding love.

“The last time I went on a date was about four years ago,” he explained

It was then that he made the “sad” admission and his plans to try and change his fortunes when it comes to finding a partner.

“That makes me sound really sad! I need a life. I need to stop working so much,” he said.

However, in the same chat, Stephen said he hasn’t ruled out finding love just yet and he is “keen” to find “the one”.

But should any Stephen fans be hoping to spot the star on Tinder or the like, it’s fair to say you won’t be swiping right for him any time soon.

He has previously said he thinks it would be “bizarre” and “weird” to use the apps because of his celebrity status.

We do have some hints about what he’s looking for in a partner, though, as Stephen has previously appeared to reveal a bit of a celebrity crush on none other than Emma Willis.

When pushed about his love life, he quipped: “There’s only one woman in my life and that’s Emma Willis!”

However, the pair are firm friends, having worked together on TV and radio over the years.

And Stephen is pals with her hubby Matt – so there’s nothing to see here.

His friendship with Holly Willoughby has got tongues wagging in the past, though.

Especially after the pals were shown joking as they kissed on the lips five times during a kids’ TV show back in 2000!

What do you think of our story? Head to our Facebook page @EntertainmentDailyFix and tell us.

Emma Barton In For A Penny Relationships Stephen Mulhern