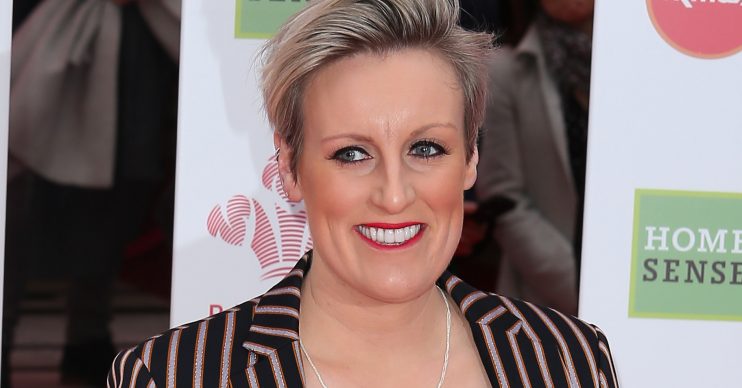 She's due in November

Steph McGovern, BBC Breakfast presenter, made an appearance at last night’s TV Choice Awards and she wowed people on the red carpet with her baby bump.

Steph is almost seven months pregnant, and her baby bump is really starting to show.

The news presenter, who’s now 37-year-old, revealed that she was “absolutely thrilled” when she learnt that she would be able to start a family with her partner, who’s a TV executive.

The pair have been keeping the details of Steph’s pregnancy very private, but she had a huge smile last night at the TV Choice Awards.

The presenter had previously opened up about her terrible struggle with morning sickness at the very beginning of her pregnancy, but it looks like she’s feeling a lot better now.

Steph’s black jumpsuit was the perfect combination of elegance and comfort with flared legs and she topped off the look with a pair of scarlet loafers rather than the high heels worn by many other celebrities at this year’s red carpet.

While posing for the cameras, Steph made sure to turn slightly in profile in order to accentuate her baby bump so that the photographers could get a good shot of it.

Steph, who’s due to give birth this November, revealed the news that she was pregnant via her Twitter account.

She wrote: “I see my news is out! Yep, I am no longer with pot belly… I am now with child.”

Steph’s tweet was in reference to a joke about having a “pot belly” she posted back in January 2018.

The TV star had been sent several messages of congratulations from fans who had wrongly assumed she was pregnant.

At the time, she tweeted: “For those who are congratulating me on my ‘pregnancy’. I am not ‘with child’, I am ‘with pot belly’.

Steph later said: “I’d definitely be in the wrong job if I got offended by comments like that.

“Even my own auntie asked me once if I was pregnant after seeing me on the telly – that’s just life on camera.”