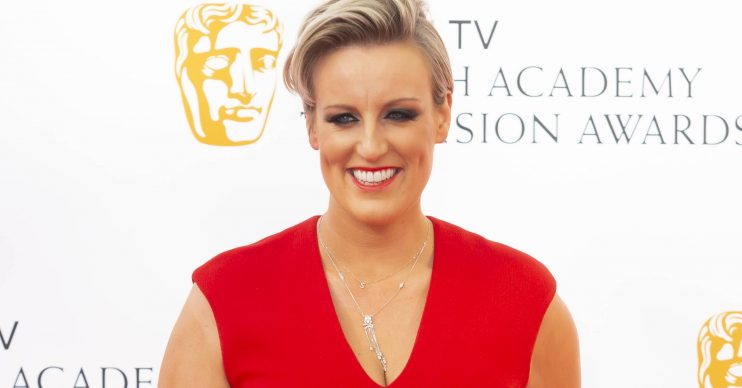 The couple are thrilled

BBC Breakfast star Steph McGovern has confirmed she is expecting her first baby with her girlfriend.

Steph, 37, took to Twitter on Sunday morning and told fans her happy news while also posting a pregnant emoji.

The excited mum-to-be said: “I see my news is out! Yep, I am no longer with pot belly…… I am now with child.  #babyonboard.”

A source had previously told The Sun that the couple’s baby is due in November, adding: “Everyone at the Beeb is delighted too – she is one of the most popular faces on and off the red sofa.”

Steph’s joke about having a “pot belly” was in reference to a tweet she posted back in January 2018.

The TV star had been sent several messages of congratulations from fans who had wrongly assumed she was pregnant.

At the time, she tweeted: “For those who are congratulating me on my ‘pregnancy’. I am not ‘with child’, I am ‘with pot belly’.

Steph later said: “I’d definitely be in the wrong job if I got offended by comments like that.

“Even my own auntie asked me once if I was pregnant after seeing me on the telly – that’s just life on camera.”

Along with presenting roles on Watchdog Live and Shop Well For Less, Steph is the main business presenter on BBC Breakfast.

Away from the camera, she is also a strong campaigner for closing the gender pay gap.

The presenter is believed to be in a relationship with a TV executive, though she tends to remain tight-lipped when it comes to her private life.