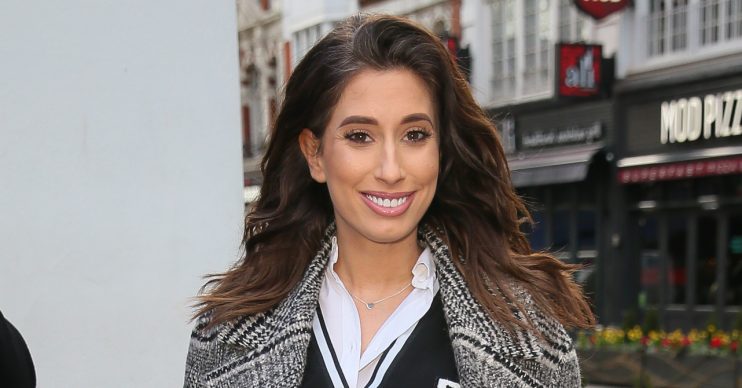 The star was worried about him adapting to their new addition

Stacey Solomon has sung the praises of her middle child Leighton after he helped her on a day out with new baby Rex.

Stacey, 29, gave birth to little Rex in May and has been busy documenting her ups and downs with her gorgeous newborn on social media.

In her latest post, the mum-of-three shared a sweet new photo of seven-year-old Leighton carrying his baby brother in his car seat during a trip to London.

Writing alongside it, Stacey told her fans just how proud she is of Leighton for adapting so well following the arrival of Rex.

The Loose Women star said: “Rex you have no idea how much your brother loves you.

“I definitely worried about Leighton feeling pushed out when I got pregnant with Rex.

“He’s been the baby of the family for so long and he’s thoroughly enjoyed it. Turns out I had absolutely nothing to worry about!

“He’s taken the role of big brother in his stride and it actually hurts my heart (in a nice way)!”

She added: “Today I had to go into town to finish a special project I am involved in for one of my favourite charities and a person very close to my heart.

“Leighton decided he wanted to come with and help me look after Rex because at the moment I can’t be apart from him.

“And oh my goodness baby boy (you’ll always be my baby, even when it gets really embarrassing) I couldn’t have had better help.

“I love you to the moon and back and I know how lucky I am to have you.”

Stacey and her boyfriend Joe Swash – who also has a son from a previous relationship – welcomed Rex into the world two weeks’ early at the end of May.

Last week, the couple made their fans go weak at the knees by sharing an adorable photo of themselves with their little boy.