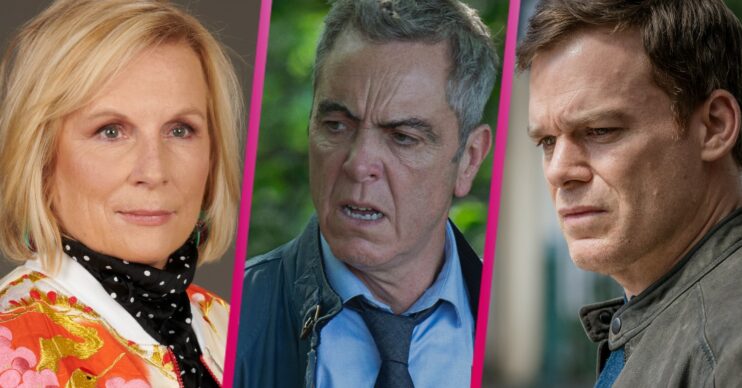 Stay Close on Netflix: What other Harlan Coben series are there on the streaming service?

Netflix has a deal with the bestselling author to work on up to 14 thrillers!

Stay Close is the latest Harlan Coben thriller to be adapted by Netflix – but what other series can you watch by the bestselling author?

James Nesbitt and Sarah Parish star in the new eight-part drama, which promises to be THE next big thriller to watch in the New Year.

Once you’ve binged all eight episodes, you might want to seek out the other TV adaptations available on Netflix.

Here’s everything you need to know about the Harlan Coben series’ currently available to watch on the streaming service.

Stay Close is the latest tense thriller from Harlan Coben to be adapted by Netflix.

The eight-part series questions how well you can ever REALLY know someone.

Meanwhile, Detective Broome (James Nesbitt) is unable to let go of a missing person’s cold case – a local husband and father who disappeared 17 years ago.

And Megan (Cush Jumbo) is a working mother of three who has run away from a dark and dangerous past.

But is she really happy with how her life has turned out?

When an old friend from Megan’s past called Lorraine (Sarah Parish) turns up to deliver some shocking news, it impacts on all three of the characters.

The past comes back to haunt them, and threatens to ruin their lives and the lives of those around them.

Stay Close is based on Harlan Coben’s book of the same name, and adapted by Brassic’s Danny Brocklehurst and Prey’s Richard Fee.

The Stranger on Netflix

Harlan Coben’s The Stranger was originally released in 2020, and is still available to watch on the streaming service.

The plot revolves around happily-married father-of-two Adam Price, whose life is turned upside-down after an encounter with a stranger.

The mysterious woman tells him a secret about his wife… who shortly afterwards goes missing.

Jennifer Saunders makes a rare straight appearance in the series – and meets a sticky end.

Safe is an eight-part series that was originally released in 2018.

The tense thriller is still available to watch on Netflix.

He’s bringing up his two teenage daughters, living in a beautiful gated community, with close friends nearby and a new relationship starting.

But when his eldest daughter disappears in mysterious circumstances, he realises that he knows NOTHING about the people closest to him.

Partners, children, lovers, parents, and friends – does anyone really know the people they love? 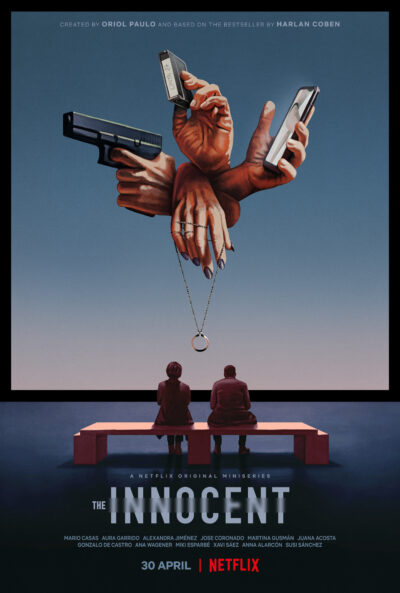 The Innocent is a limited series based on Harlan Coben’s novel of the same name.

It is a Spanish adaptation, and has its fair share of bombshells.

A plot synopsis tell us: “An accidental killing leads a man down a dark hole of intrigue and murder.

“Just as he finds love and freedom, one phone call brings back the nightmare.”

The all-Spanish cast is led by Mario Casas as Mateo Vidal.

Gone for Good is a five-part French series adapted from a Harlan Coben novel of the same name.

The limited series introduces viewers to Guillaume Lucchesi, a man in his thirties.

He thought he had drawn a line under the terrible tragedy which saw the two people he loved the most die: Sonia, his first love, and Fred, his brother.

To find her, Guillaume will have to face all the truths that were hidden from him by his family and friends, as well as those that he’d long decided to ignore.

For better, but mostly for worse… The Woods on Netflix

The Woods is a Polish adaptation of the bestselling Harlan Coben novel of the same name.

It tells the story of a Warsaw prosecutor, Pawel Kopiński, who is still grieving the loss of his sister from 25 years ago.

She walked into the woods at a summer camp and was never seen again.

But now, the discovery of a homicide victim – a boy who vanished along with Pawel’s sister – reveals evidence that links him to her disappearance.

As hope rises that his sister could still be alive, dangerous secrets from his family’s past threaten to tear apart everything that Pawel has been trying to hold together.

What other Harlan Coben books have been adapted by Netflix?

The previous adaptations include The Stranger, Safe and The Five.

The Five is a mystery series created by the author about five-year-old Jesse, who goes missing.

Twenty years later, his DNA shows up at a crime scene.

It was originally released in 2016, but was sadly removed from the streaming service in September 2021.

Gone for Good arrived in August 2021, which has been adapted for French TV.

There’s also The Woods and The Innocent.

Harlan Coben has a five-year deal with Netflix to turn 14 of his titles into film and TV dramas.

Who is Harlan Coben?

Harlan Coben is an American bestselling author, with more than 75 million books in print worldwide.

He is the bestselling writer of novels The Stranger, The Boy from the Woods, and Tell No One.

His books are published in 45 languages around the globe.

Netflix has entered into a multi-year exclusive overall deal with Coben.

As part of the deal, Netflix will work with Harlan Coben to develop 14 existing titles and future projects, into English language and foreign language series, as well as films.

Harlan Coben will serve as an executive producer on all projects.