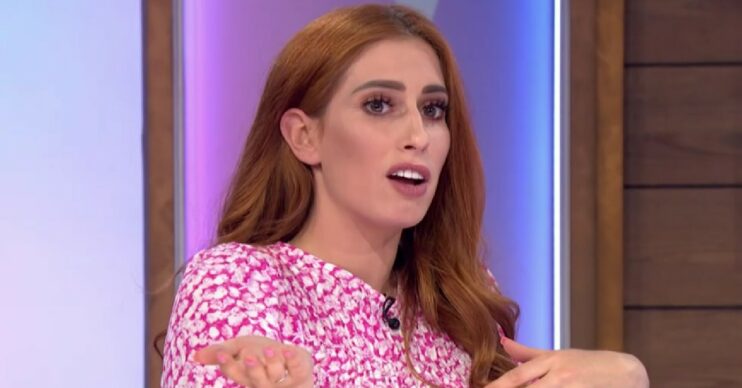 She recently went on maternity leave from the ITV show

However, it appears Stacey‘s appearance divided viewers at home.

Opening the show today, Stacey announced she was taking on the reasonability as anchor.

The ITV panel went on to discuss a number of topics, before the star fronted a segment on home hacks.

Stacey appeared in her element as she discussed her clever organisation tips.

But it seems her hosting stint divided viewers at home.

On Twitter, some praised the star for taking on the important panel position.

How did ITV viewers respond?

One said: “Loved @StaceySolomon hosting @loosewomen today! She actually made me laugh so much, brightened my afternoon up. More hosting please Stacey.”

A third gushed: “@loosewomen Stacey is too good!”

Stacey is lovely, but she’s no anchor

However, others were critical as Stacey took to the panel show.

One added: “#LooseWomen Stacey is lovely, but she’s no anchor.”

A second shared: “Stacey’s annoying me already. She’s acting all dizzy. Who thought this would be a good idea? #LooseWomen.”

#LooseWomen Stacey is lovely, but she's no anchor

Meanwhile, some expressed their confusion over Stacey still appearing on the show – despite going on maternity leave.

A second wrote: “I thought Stacey was on maternity leave #LooseWomen.”

Posting on her profile, she explained: “So many lovely messages about me hosting Loose Women today…

“It was pre recorded last week and I loved it so much but was pooing myself. Your messages have given me the biggest confidence boost ever.”