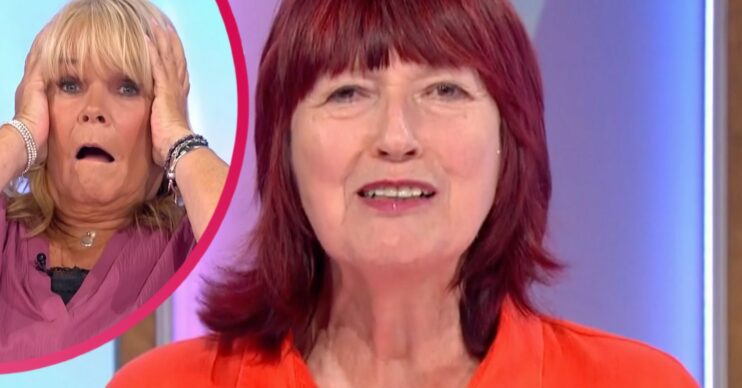 On Loose Women today, Janet Street-Porter divided viewers as she took over the hosting seat.

The panellist was put in charge of the show for today (August 18), and it sadly didn’t go quite as well as she may have hoped.

Wednesday’s episode came to an end half an hour earlier than usual.

She then joked: “They only gave me a short show to be in charge of! Perhaps they’ll ask me to do it again.”

However, sadly some viewers will be hoping that ITV doesn’t ask the journalist to return to the hot seat.

“Janet isn’t a presenter, is she?” tweeted one viewer.

A second wrote: “Christ this is unwatchable. @loosewomen don’t ever let this woman present the show again #painful.”

“Janet is not a natural anchor on #LooseWomen it’s really awkward as she has to act and not be the usual Janet,” said a third.

God. Janet is not a natural host. #loosewomen

I really can’t tell that Janet is reading from the autocue! 😂 #LooseWomen

Meanwhile, a fourth said sarcastically: “I really can’t tell that Janet is reading from the autocue!”

“To say she was a journalist Janet is not great when talking to the camera,” added a fifth viewer.

However, it wasn’t all bad news for Janet.

One fan did end up warming to her presenting style by the time the show came to an end.

One fan said: “Great to see JSP being the anchor today. I love her slightly robotic autocue style of reading the links! PLEASE let Janet be the anchor more. She’s much more relaxed when chatting freely but I find her presenting style mesmerising #morejanet.”

Meanwhile, the Loose Women panel has been undergoing somewhat of a shake-up recently.

Andrea McLean and Saira Khan stepped down last year, and they’ve been replaced with some fresh new faces such as Katie Piper.

Her co-star, Linda Robson – who also appeared on Wednesday’s (August 18) show – recently confessed her own fears about her place on the planet.

She told the Express: “I just hope they don’t get rid of us old ones. I love it, it’s like it has never felt like a proper job.”